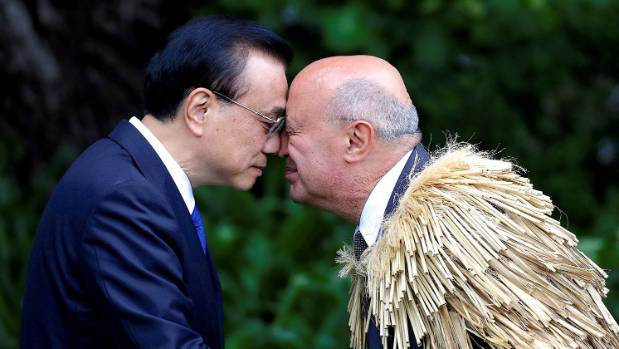 "I'd be very, very cautious about ratifying this treaty at this time", Mr Abbott said.

Prime Minister Malcolm Turnbull is urging the opposition and crossbenchers to support an extradition treaty with China, as the deal hangs in the balance.

If Australia had ratified the pact, it would have become one of the few Western countries besides France and Spain to enter into an extradition treaty with China.The failure to enact the treaty is a rare dent to Sino-Australia relations, which have soared in recent months, culminating in the spate of trade agreements signed last week following the five-day visit of Chinese China Premier Li Keqiang.

In Beijing, Chinese Foreign Ministry spokeswoman Hua Chunying said the treaty would allow both countries to go after cross-border criminals and was in their joint interests.

The Prime Minister's decision to pull the treaty and avoid defeat in the Parliament is embarrassing for Ms Bishop, Deputy Prime Minister Barnaby Joyce and Trade Minister Steve Ciobo, who all publicly defended the deal on Tuesday morning before the Prime Minister and his leadership group chose to reverse course.

The China extradition treaty has been on hold since 2007, when it was signed under former prime minister John Howard. The treaty also saw opposition from other coalition MPs with several who threatened to cross the floor.

The decision to tank the treaty came on Tuesday morning.

The Foreign Minister said Australia could block extraditions if the person might be executed, subjected to inhumane treatment or receive an unfair trial.

Mr Joyce conceded there were concerns among Coalition MPs but would not say explicitly why the longstanding deal required quick ratification by the current Parliament.

"If you go out and make some grand statement in the Senate today, it's just foolishness and I can't believe to be honest that the Labor Party is going to participate in this". It has not been made clear whether the cases involving Australians who have been held by Chinese authorities will be impacted by the development.

Senator Bernardi, who defected from the Liberal Party to sit on the crossbench, said concerns about China's legal system and executions should scuttle the deal, while Labor and Senate forces including Nick Xenophon and the Greens are likely to vote to disallow the treaty, effectively killing it off.

"[China] has a 99 per cent conviction rate, about 1.3 million people are found guilty, and a thousand are found not guilty. that doesn't strike me as an open and transparent legal system", Senator Bernardi said.

An Amnesty submission on the treaty flagged a number of concerns about the human rights safeguards that were in place.

Senator Bernardi noted most similar countries to Australia did not have an extradition treaty with China.

"There are very considerable protections in the treaty and it is an important part of our cooperation with China on law enforcement", Mr Turnbull told reporters in Canberra on Monday.

Google is 'replacing' Google Talk - here's what that means for you
Google Talk clients inside Gmail will get a notification in the following couple of weeks, welcoming them to change to Hangouts. Two legacy features of the Google+ in Gmail will also cease functionality: emailing Google+ profiles and using Google+ Circles.
Thursday, March 30, 2017