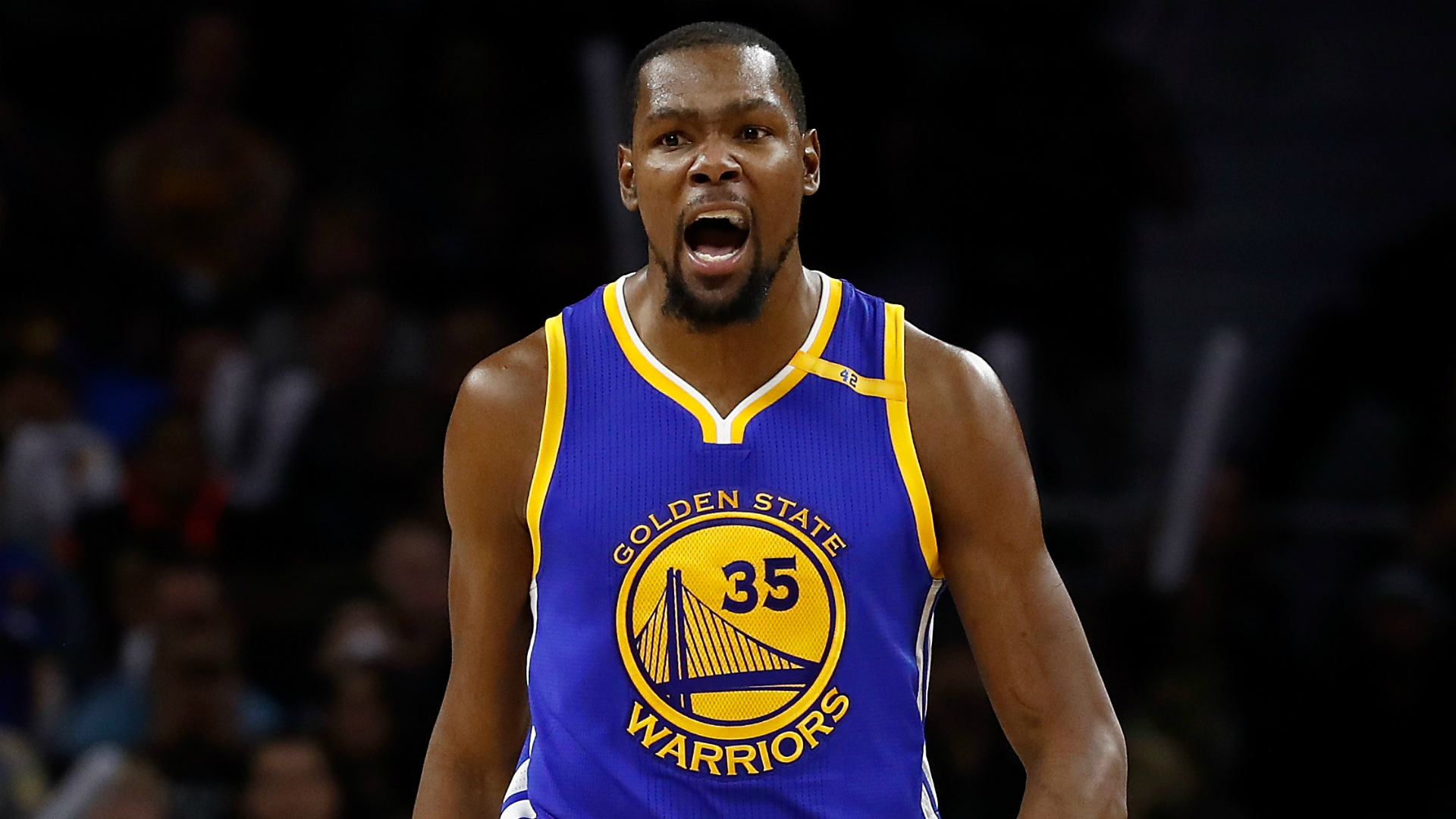 The Golden State Warriors aren't scheduled to formally update the status of Kevin Durant's left knee until next week, but there is cautious optimism within the organization that Durant - should he maintain his current recovery arc - will indeed be able to return to the court before the end of the regular season, according to league sources.

According to the report, while Durant is still at the halfway stage of his recovery period, the Warriors are encouraged by the progress the All-Star has made since suffering a sprained MCL and tibial bone bruise on February 28. He was seen taking jumpshots before Tuesday's game in Dallas. This included putting up shots on the move along with a few running drills.

Golden State is 74 since Durant went down, winning its last five games after going through a three-game losing streak.

They appear to finally be hitting stride offensively in the last four contests cruising to an average margin of victory of 24 points while recording more than 110 points in each game.

While the Warriors or Durant has been generally mum on projected return date for the forward, there is a clear expectation from the Golden State camp that "KD" will return before the start of the 2017 NBA Playoffs. With much of its normal rotation watching from the bench, Golden State slogged through a 107-85 loss that trimmed its lead over the Spurs for the West's top seed to half a game.

Warriors forward Kevin Durant speaks to the media about his injury. He was asked about how he would integrate Durant back into the lineup, but it seemed like that's getting a little ahead of things.

With Kevin Durant progressing toward a return to the court in the coming weeks, his presence could arrive during a critical time for the Warriors in their hopes of capturing down the top spot in the playoff picture and home court throughout the postseason.

London Attacker's Mother 'saddened and numbed'
Three people died after Khalid Masood drove along the bridge and crashed into railings before stabbing PC Keith Palmer to death. She is still recovering from a broken leg, a broken rib and a cut to the head sustained in the attack.
Tuesday, March 28, 2017

Another record for Salman Khan's Tubelight
Salman Khan has completed Kabir Khan's directorial Tubelight and is occupied with Ali Abbas Zafar's Tiger Zinda Hai. The film's unit has wrapped up shooting in a historic and quaint Golden Roof for a song with Salman and Katrina.
Tuesday, March 28, 2017