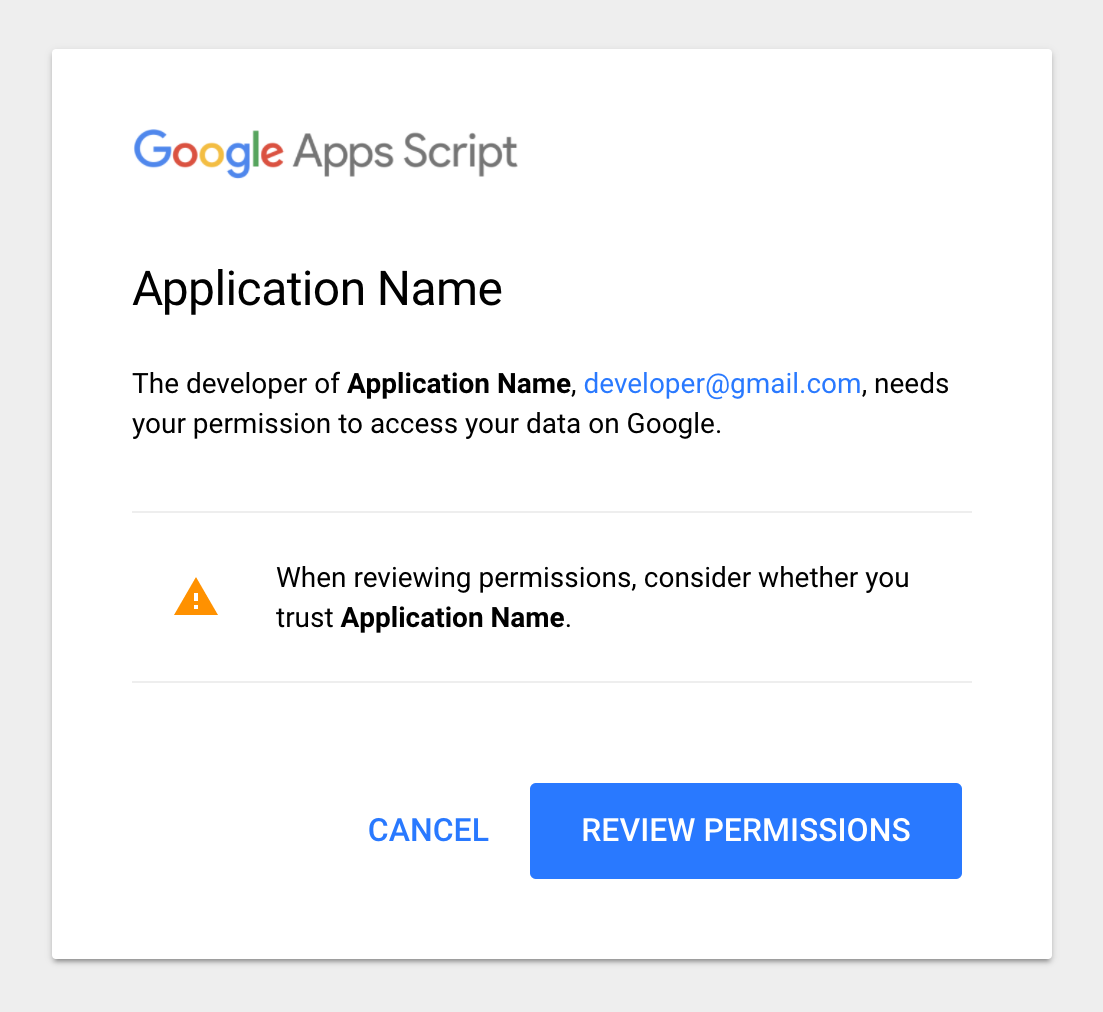 Starting today, you'll see a new "unverified app" screen when trying to access newly created web apps and Apps Scripts that haven't gone through Google's app verification system yet. When a user tries to log in to the app or website by connecting with Google account, the Google will firstly prompt a warning window to let the user know about the unverified condition of the app which may lead to risk the Google Account and credentials.

Apps setup to use Google's authentication process, OAuth, to access data will trigger a screen to appear so that the G-Suite user can verify it.

In the coming months, Google plans to extend the verification process and new warnings to existing apps as well.

Following a recent phishing scam involving a spurious Google Docs link being spread around through email, Google introduced stricter controls for its G Suite admins, the most recent being the ability to block users from installing untrustworthy apps.

"These new notices will inform users automatically if they may be at risk, enabling them to make informed decisions to keep their information safe, and will make it easier to test and develop apps for developers", said Google. For example, those tasks can include the launching of OAuth, which is the Open Authorization standard that lets online users access third-party services without having to re-enter their account passwords.

Google in response said it would ramp up defenses against this type of attack and warned that changes will add "friction" to the process of publishing web applications that use OAuth.

This notification/warning to users about unverified apps actually serves a couple of purposes.

Flight Safety Videos Worth Watching
Airlines have a tricky time getting us to focus on their safety videos, but here's one we think is well worth our attention. Of course, as mentioned by Conde Nast Traveler , no British film would be complete without a Mr.
Wednesday, July 19, 2017

Ohio's US Senators Comment On Failure Of ACA Replacement Measure
They viewed it as an overreach of the federal government and argued patients had less choice and higher premiums. The GOP bill would have allowed insurers offering Obamacare plans to have cheaper, bare-bones policies.
Wednesday, July 19, 2017

Yankees Acquire Todd Frazier, David Robertson, and Tommy Kahnle
Robertson and Kahnle provide experience and depth in the bullpen, especially over Clippard who has performed sub-par thus far. The Yankees had checked in with the Mets on any possible deal for Addison Reed or Lucas Duda but would not give up prospects.
Wednesday, July 19, 2017