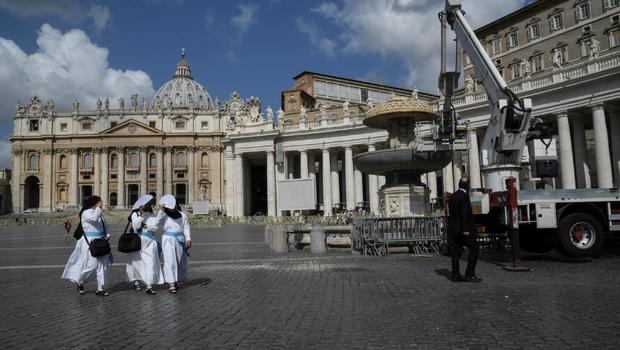 Vatican turns off fountains amid drought in Rome

Caring for the planet and its resources is an important issue for Pope Francis, who demanded swift action by world leaders in the first ever papal document dedicated to the environment.

A lingering severe drought in Italy has led to water rationing for crop production and daily life of residents, with more than 10 disaster areas declared to the Department of Agriculture, local media has reported.

The Governorate of Vatican City State has made a decision to turn off all the fountains, both the external ones located in St. Peter's Square, and the interior fountains including those in the Vatican Gardens. Around 100 fountains in total have been switched off, according to Reuters.

Vatican spokesman Greg Burke told Reuters on Monday that Vatican officials could not recall any other instance in which all the Vatican fountains had been shut off.

This came after 74 percent less than normal precipitation in June, and a 56 percent reduction in rainfall from the long-term average in March to May 2017.

The dry basins of the two fountains by 17th-century sculptors Carlo Maderno and Gian Lorenzo Bernini were symbolic of a period of sweltering temperatures which have devastated farms and forced Rome to consider rationing.

The rest of Italy has been affected as well. Less than usual rainfalls in the past two years have steadily depleted the lake, which provides 8 percent of the city's water supply.

After the second hottest spring in 60 years, and the driest in that same period, Italy has missed out on about a month's worth of rainfall, leaving lakes and reservoirs severely depleted.

Did Donald Trump confirm existence of a covert Central Intelligence Agency programme on Twitter?
Despite the factual inconsistencies in his latest attacks, it is nothing new for the president to go after the Post . Anonymous officials told the Post that Trump's decision reflects his desire to mend ties with Russian Federation .
Tuesday, July 25, 2017

'Thor: Ragnarok' Trailer Pits Thor Against Hela
Reacting to Thor's suggestion that they're both the same hotheads at heart, Hulk remarks, " Hulk like fire, Thor like water". Even Cate Blanchett , who plays Hela, the self-professed Goddess of Death, sat rapt as he entranced the crowd.
Tuesday, July 25, 2017