Home / Technology / In Power Move at Uber, Travis Kalanick Appoints 2 to Its Board 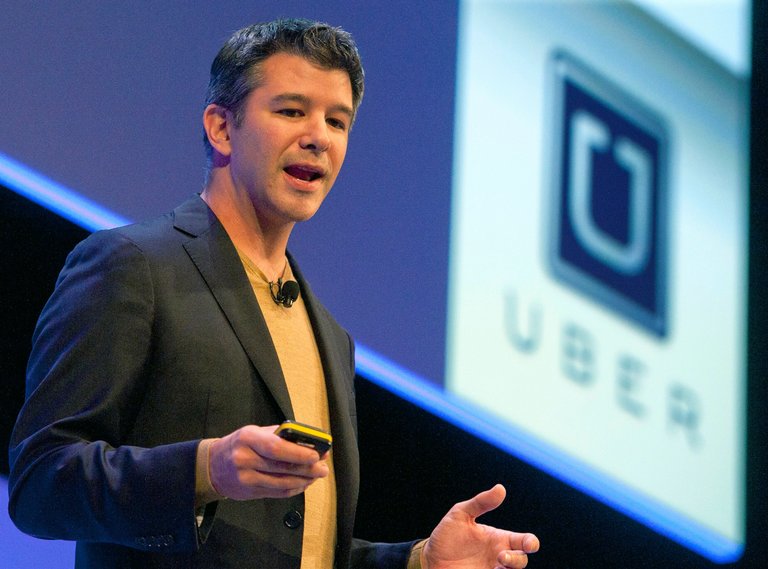 In Power Move at Uber, Travis Kalanick Appoints 2 to Its Board

Kalanick has appointed former Xerox CEO Ursula Burns and former CIT Group CEO John Thain to positions on the ride-sharing company's board of directors, The Hill magazine quoted The Wall Street Journal as saying in the report.

Benchmark has blamed Kalanick for a slew of scandals that have rocked the startup, including sexual harassment allegations that resulted in more than 20 Uber employees being fired.

"That is precisely why we are working to put in place world-class governance to ensure that we are building a company every employee and shareholder can be proud of", the statement reads.

"It is therefore essential that the full board be in place for proper deliberation to occur, especially with such experienced board members as Ursula and John".

Kalanick was prompted to make the appointments this week, however, when he learned about a proposal by the company's leadership and Goldman Sachs, an Uber adviser. Burns was already on Uber's shortlist of potential board candidates, and Thain was a mostly respected leader in his time at Merrill Lynch.

The appointments come a few months after Kalanick resigned under pressure from the CEO job at Uber and signal that the hard-charging entrepreneur, who remains on Uber's board, does not intend to fade away. Kalanick himself is facing a lawsuit from Uber investor Benchmark Capital. Mr. Kalanick's actions show that the fissures on the board have not healed since the new chief executive was named.

At the core of the Benchmark lawsuit are two seats on the board that Kalanick fully controls - meaning he can appoint whoever he wants to fill them. It claims Kalanick withheld important, relevant information about the company's scandals before the board voted to allow him to control three seats. Khosrowshahi effectively could put a person of his choosing in the other seat, as well as three other existing ones, according to the source. But the company said earlier in a statement that Kalanick's appointments were a "complete surprise" to Uber and its board. The board met Thursday to discuss them and had planned to vote on them Tuesday, they added. Also part of the changes would be altering the voting power of Kalanick's and Benchmark's "super-voting" stock, making it all "one share, one vote", and Khosrowshahi would be given nomination control of the three Class B board seats that are now filled by Ryan Graves, Arianna Huffington and Wan Ling Martello, with approval required by the full board. That could minimize some of the control Kalanick and Benchmark, as early investors, still hold over the company. That would create an vast barrier to Kalanick ever returning to a leadership position, the person said.

Paris-to-Los Angeles flight diverted after engine damage
The images appeared to show that the inlet, or front part, of the engine had torn off, but the main part of the engine was intact. It says teams were dispatched to assist the passengers and that the airline is working to re-route the passengers to Los Angeles.
Saturday, September 30, 2017

Varun, Taapsee & Jacqueline's film mints 16.1 crs
Jacqueline's steamy scenes have raised the film's hype and now it remains to be seen how her performance is judged by the critics. Year 2017 has not brought much good for the Hindi film industry but " Judwaa 2 " brought some relief for Bollywood .
Saturday, September 30, 2017