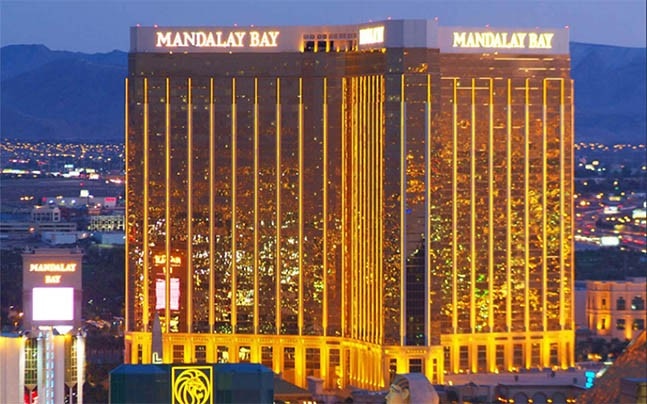 "Please avoid heading to the south end of the Strip", the department said in a Twitter post early Monday.

Police in Las Vegas are responding to reports of an active shooter at the Mandalay Bay casino.

Reports said that the shooting happened at the Mandalay Bay Resort and Casino. Shots reported on floor 29 now. One witness told KSVN that he heard "hundreds of shots".

Police scanner audio indicates that there were multiple ongoing incidents with an unconfirmed number of casualties.

The police have cordoned off Las Vegas Boulevard.

DEVELOPING: We will provide updates as more details become available.

Trump lays blame on Puerto Ricans for slow hurricane response
Nancy Rivera, 59, a San Juan resident who suffers from diabetes, was forced to go without her medication by a lack of electricity. Tax collection is likely to be put on hiatus, he wrote , adding that "there is no way Puerto Rico can pay its debts right now".
Monday, October 02, 2017

Trump calls his Puerto Rico critics 'politically motivated ingrates'
Cruz tweeted Saturday morning that the only goal is to save lives and said Puerto Rico "cannot be distracted by anything else". That comes after he accused the San Juan mayor of poor leadership and being unable to get workers to help Puerto Rico recover.
Monday, October 02, 2017