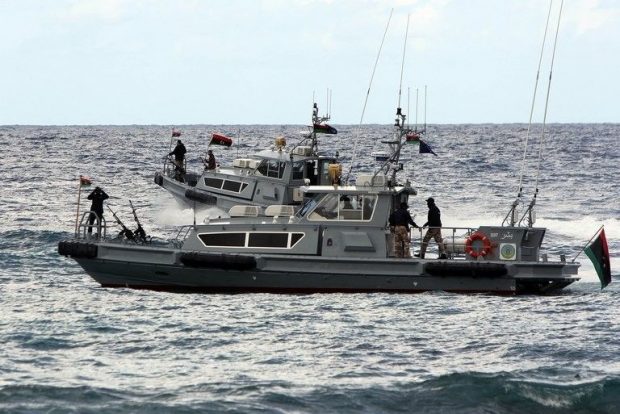 The Libyan Navy on Wednesday said as many as 100 migrants have gone missing after their boat sank off the coast of Libya.

All of the survivors, including 19 women and 17 children, were taken to a naval base in the capital, Tripoli, and were later handed over to Libya's anti-migration authority.

On Sunday, the Libyan navy said it rescued 272 migrants.

The Libyan coastguard on Tuesday saved a total of 279 shipwrecked migrants in three incidents, including those from the al-Khoms boat, according to the navy.

Libya, which was plunged into chaos since 2011 ousting of Muammar Gaddafi, has become the most common point of departure for refugees traveling by sea to Europe. Libya's Italian-backed coast guard has also stepped up interceptions, returning migrants to Libya where they are detained and often reenter smuggling networks.

The migrants, mostly Africans, had been packed into several vessels hoping to cross the Mediterranean and reach southern Europe.

The International Organization for Migration (IOM) estimated that 2,832 migrants died previous year trying to reach Italy from North Africa, down from 4,581 in 2016.

But there has been a sharp drop in crossing attempts since the summer of 2017 following efforts by Italy to discourage migrants from trying to make the journey.

Indian National Anthem No Longer Mandatory in Cinemas
The Order led to widespread debates in the media on patriotism, and whether the Court had the right to "enforce patriotism". And movie-goers would have to stand in a show of respect if a cinema chose to play the anthem, it said .
Wednesday, January 10, 2018

Michael Douglas denies sexual misconduct accusations
I talked to the reporter and said, 'listen, as far as using colorful language in front her, I apologize. The actor said this accusation is a "complete lie" and that there is "no truth to it whatsoever".
Wednesday, January 10, 2018