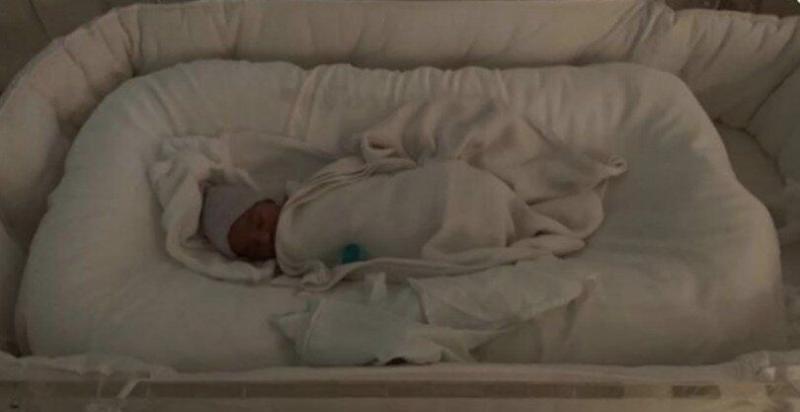 Kim Kardashian and Kanye West welcomed their fourth child last week, and overnight, they couple revealed that they have called their new baby Psalm.

The announcement followed news that their surrogate had given birth May 9, with Kim tweeting last Friday, "He's here and he's flawless!"

It showed a photo of Psalm in bed, with the message, "Beautiful Mother's Day".

Kim and Kanye, 41, have three other children together: Chicago, Saint and North.

At the time the star revealed the baby was "Chicago's twin" in a tweet, and now the world can finally decide for themselves.

But, it turns out that the reality star let the news about baby No. 4 slip while she was drunk at the annual Kardashian Christmas Eve party, which she and Ye hosted this past year. I give up.' Discussing the prospect of surrogacy, she added: 'Kanye was really nervous about the surgery... but I know he would want to have more kids.

She explained that it had meant to be Kim who would appear on the show - however, their surrogate had gone into labour. "So, I feel really calm and at ease..."

Get push notifications with news, features and more.

Imad proud of Pakistan's efforts against England
Chris Woakes and Liam Plunkett , two regulars in the side, are both set for a rest and thus raw pace is the order of the day. That leaves four or five of us trying to fight it out for the other places.
Friday, May 17, 2019