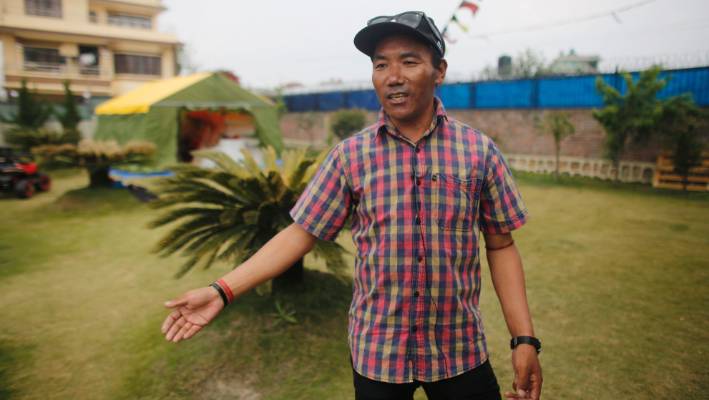 Mountaineer Kami Rita Sherpa, who is 49, managed to reach the summit of the tallest mountain in the world on Tuesday.

The climbing season ends in May and hundreds of climbers are now on Everest, trying to reach the top from both the Nepali and Tibetan sides of the mountain.

"This is a subject of Nation's Pride; 23 successful climb of Everest, is more than the normal imagination", said Tashi Lakpa Sherpa, MD at Seven Summit Treks.

Last year, Sherpa had climbed Mt Everest for the 22nd time and became the only Mountaineer in the world to hold the record for most summits on Mt Everest.

"I am still strong and want to climb Sagarmatha 25 times", Kami had told Reuters before leaving for the mountain in March referring to the Nepali name for Everest. Aside from this almost two dozen summits on Everest, Rita has also reached other peaks including K-2, Cho-Oyu, Manaslu, and Lhotse.

Rita is working to make sure other Sherpa guides get the recognition they are due. "Before, I didn't even know that you can set records", said the Sherpa, in the last month, before he left for Everest base camp.

On Tuesday, it was a team of Sherpa guides who again were the first to reach Everest's summit this year, completing their advanced work of setting up ropes and lines.

A total of 378 climbers have been issued permits to climb the mountain this season.

"The climbers have now been descending to the lower camps safely", Mingma Sherpa told The Himalayan Times.

Spring is considered as the most popular climbing season in Nepal because of favourable weather conditions.

Tourism, which includes mountain climbing, is a main source of income for cash strapped Nepal, home to eight of the world's 14 highest mountains.

Walmart is 'seriously' considering an IPO for Asda unit
The likelihood of a bleak future will not make Asda attractive to potential stock market investors. Any preparations for going public would "take years", she said.
Saturday, May 18, 2019