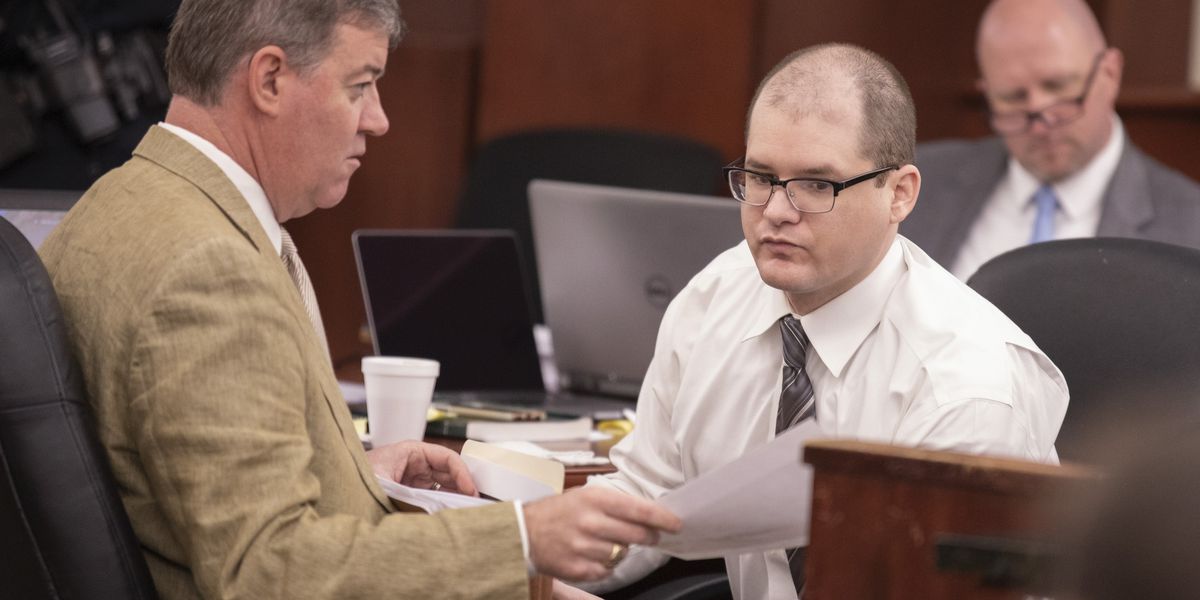 Jury sentences father to death for killing his 5 children

Thursday's unanimous decision was reached by the same jury that convicted Jones of the August 2014 slaying of the five children, aged one to eight.

Jones, 37, a divorced former software engineer, did not testify at the trial in SC.

Witnesses throughout the trial, which started on May 14, 2019, included a number of babysitters for the children, doctors who examined Jones, Jr., arresting officers from MS and jailers from SC, the mother of the children, Amber Kyzer, and Jones' father and grandmother.

Jones' ex-wife Amber Kyzer also appealed for mercy for Jones, saying: "He did not show my children mercy by any means. He sentenced his kids to death", Mr Hubbard said.

Prosecutors said death was the only just choice because life in prison would be like sending Jones to his room to think about things.

Jones showed no emotion as the jury delivered the verdict after less than two hours of deliberation.

He confessed to the slayings, telling investigators that he first forced his 6-year-old son Nahtahn to exercise until the point he collapsed and died before strangling and choking the boy's siblings - Merah, Elias, Gabriel and Abigail.

After killing the children, Jones loaded their bodies into his vehicle and drove around the South East US for nine days before dumping them in five black bags on a dirt road near Camden, Alabama.

He was arrested hours later after an officer at a traffic checkpoint in Smith County, Mississippi, said he smelled a terrible odour of decomposition.

Jones's ex-wife Amber Kyzer testified that she hoped for mercy for Jones, even as she condemned what he had done.

During the trial, Jones' father, stepmother, sister and two brothers all took the stand to ask that he be given life without parole.

"If you have any doubt for the appropriate sentence for that man, look in the bag!" But jurors last week rejected the arguments that he was not guilty by reason of insanity, or guilty but mentally ill.

The jurors voted unanimously to give Timothy Jones Jr the death penalty.

Kyzer and Jones' marriage allegedly broke down after the former grew exhausted of her husband trying to control what she wore and when she left the house, with the mother-of-five leaving the family home to move in with a teenager next door.

"How many more funerals does this family have to go to?"

Mr Hubbard began his closing argument by asking if the jurors had ever heard of a crime more horrendous than what they have listened to over four weeks of testimony.

Jones said in a 2014 phone call from prison played in court that he "snapped" when he killed Nahtahn, six, because the child was crying for his mother.

West Indies prepared for familiar foe Jofra Archer
Morgan thinks the pitch is unlikely to offer as much bounce for the Windies, and England will be better prepared for it, anyway. The hosts have several shortcomings in their line-up which needs to be fixed if they want to be in the world cup final.
Saturday, June 15, 2019

New Easter Eggs Games Coming to Tesla
For safety reasons, Tesla will use the scroll on Tesla's steering wheel for acceleration, not the accelerator pedal, Musk said. These games join the TeslAtari suite, which includes a number of old-school Atari classics like Lunar Lander and Centipede.
Saturday, June 15, 2019