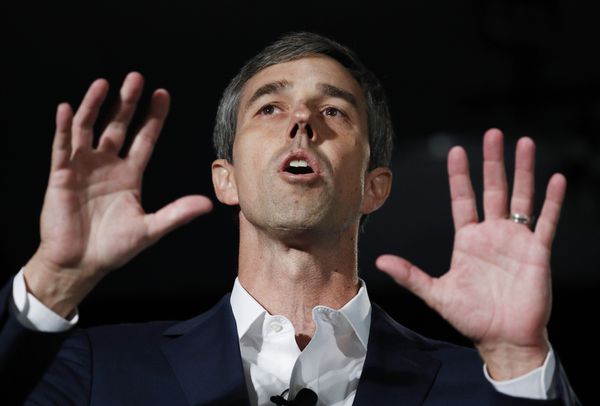 Democratic presidential candidate Beto O'Rourke has called out the press for failing to "connect the dots" between President Donald Trump's racist rhetoric and the actions taken by the white supremacist shooter involved in Saturday's El Paso mass shooting.

O'Rourke, an El Paso native who's running for the 2020 Democratic presidential nomination, told ABC News the president is "a racist, and he stokes racism in this country". This can not be open for debate, and you as well as I have a responsibility to call that out to make sure that the American people understand what is being done in their name by the person who holds the highest position of public trust in this land. The shooter, a 24-year-old man, was shot and killed by responding officers. Hours before on Saturday, a shooter opened fire at an El Paso, Texas, shopping center, killing at least 20 people.

It should be noted that O'Rourke's remark that the president is calling asylum-seekers "animals" might be in reference to a deceptively-edited clip that made the rounds in May of 2018.

"The president has not been shy, he's not saying this behind closed doors", O'Rourke said in an MSNBC interview posted to his Twitter Monday.

"It's not despite, but because we come from the planet over to call this community home", O'Rourke said.

He called for a shared "responsibility to call that out, to make sure that the American people understand what is being done in their name by the person who holds the highest position of public trust in this land".

"We know what Trump is doing. He is saying some people are inherently defected". We need to call it what it is: Domestic terrorism. "It solves not a single problem, saves not a single life", she added.

He also ridiculed anyone who is still surprised by Trump, including members of the media who ask him if he thinks the president is a racist.

South Bend, Indiana, Mayor Pete Buttigieg told Tapper that "at best (Trump is) condoning and encouraging white nationalists". Again, let's be very clear about what is causing this and who the president is. "And if that were not true, the President would be acting and speaking very, very differently than what he's doing right now".

In a statement at the White House on Monday, Mr. Trump denounced white supremacy, video games and a "culture that celebrates violence".

On the morning show frequently watched by President Trump, the hosts ran through "warning signs" that the shooter in Dayton, Ohio exhibited, with Ainsley Earhardt citing his suspected Twitter page and saying that the shooter "praised Satan".

"Look, the person that is responsible for the shooting is the shooter", Castro said. You wouldn't believe how bad these people are.

"What do you think?" "Hate has no place in America", the president said. Tim Ryan, and Rep.