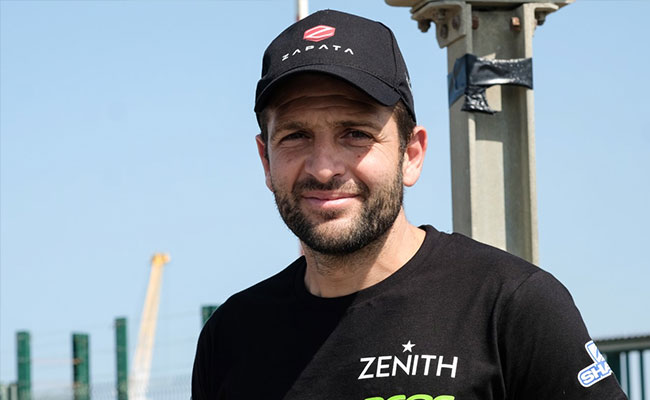 French inventor Franky Zapata has made the first successful crossing of the English Channel on a jet-powered flyboard.

Although initially unsuccessful - his first attempt failed halfway - today the watercraft pilot successfully navigated the 36 kilometre journey from the French town of Sangatte to Saint Margaret's Bay, an area near Dover, England. Please refresh the page for the fullest version.

French inventor Franky Zapata takes off on a Flyboard for a second attempt to cross the English channel from Sangatte to Dover, in Sangatte, France, August 4, 2019.

The 40-year-old Frenchman, a former JetSki champion, travelled on a Flyboard Air which he invented himself.

"Aviation is the result of people who have had failures, and it's by getting back up that we move forward", he said.

Zapata's biggest challenge was refuelling with another backpack, which required landing on a platform mounted on a boat.

Zapata's team had been racing to fix the hoverboard after it was damaged from falling in the Channel waters 10 days ago.

No Guinness adjudicator was on hand for the latest Channel attempt, though a spokeswoman said he could still be awarded a new record if the trip meets its guidelines.

The inventor came to public attention when he took part in a military display as part of France's Bastille Day commemorations in Paris.

"For the last five to six kilometres I just really enjoyed it", Zapata told reporters on arrival.