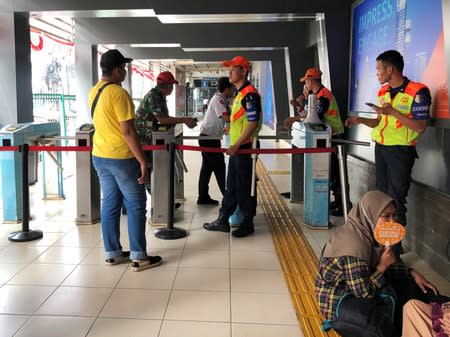 Electricity was restored by around 1pm local time in most parts of the capital, almost 12 hours after disruptions started.

"The recovery process is still ongoing and indeed it can not be turned back on at once immediately, but rather gradually we try to normalise with maximum efforts", Sripeni Inten Cahyani, acting chief executive of PLN, said in a statement.

Many buildings had to resort to power generators to keep the lights on. The islands of Java, where Jakarta is located, and Bali, were also impacted.

Jakarta's new mass rapid transit (MRT) system had to be evacuated on Sunday after the Indonesian capital was hit by huge power cut.

Jakarta is a congested, polluted and sprawling metropolis of 10 million that swells to three times that number when counting those living in the larger metropolitan area.

The capital does suffer periodic blackouts, but they are usually short-lived and confined to certain areas.

"The train stopped when we approached the station", said Silviani, a passenger stranded at Sudirman station in central Jakarta. "There were so many babies in the coach, they were crying, and people were shouting "open the door".

The blackout also affected commuter train services and the MRT.

Television footage showed that traffic lights went off in Jakarta and other parts of Java, causing traffic problems.

By Sunday evening, nearly 50 percent of West Java island, including Jakarta, had its power returned, PLN later said. PLN said the blackout was caused when a gas turbine at a major power plant went down and by a disruption at another facility. "Restaurants and markets are closing or not accepting card payments".

President Trump's sons watch fan Covington beat Lawler
Covington beat Lawler by unanimous decision, and nearly immediately thanked Donald Jr. and Eric in his post-fight interview. The pace of the entire fight was heavily dictated by Covington. "Love him or hate him @ColbyCovMMA is a real problem".
Monday, August 05, 2019