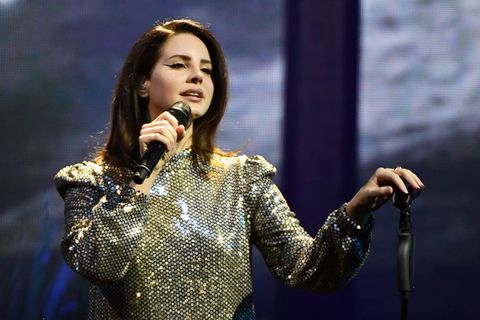 The post Lana Del Rey shares studio versions of "Looking for America" and "Season of the Witch": Stream appeared first on effect of Sound. She revealed that the song was written in the wake of two mass shootings in Dayton, OH, and El Paso, TX, last weekend. Lana bares her soul in Looking For America, in an nearly heartbreaking fashion.

Lana Del Rey attends 2018 LACMA Art + Film Gala honoring Catherine Opie and Guillermo del Toro presented by Gucci at LACMA on November 3, 2018 in Los Angeles, California. In it, she sings that she is looking for a version of America "without the gun, where the flag can freely fly". The first, Looking For America, is a heartfelt song about the current goings on in the country while the other, Season of the Witch is a cover of the 1966 original song for Scary Stories To Tell In The Dark.

Lana recently debuted two new songs, which have absolutely nothing to do with her upcoming new album, Norman Fucking Rockwell, expected later this month.

Del Rey, 34 and known for hits including Video Games and Summertime Sadness, also shared a clip of herself performing the song with an explanation for why she wrote it. "No bombs in the sky, only fireworks when you and I collide".

Lana Del Rey's take on Donovan's classic "Season of the Witch", meanwhile, was recorded at the request of del Toro himself.

Pennsylvania daycare center fire kills 5 children, Police report
The grandmother of four of the victims, Valerie Lockett-Slupski, said her grandchildren, two boys and two girls, died. The Erie Times-News reported that a woman sent to hospital with injuries from the fire is the owner of the daycare .
Monday, August 12, 2019