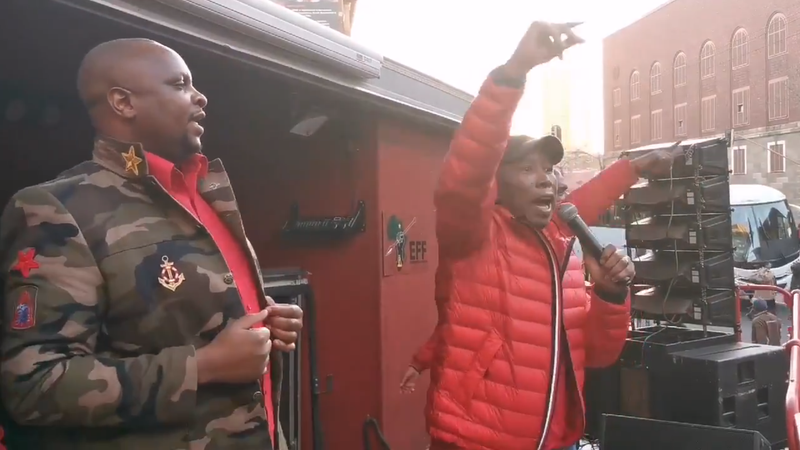 Farai Dziva|Emmerson Mnangagwa and former First Lady Grace Mugabe will meet to discuss the way forward on the burial of the late former President Robert Mugabe.

Mugabe, who died last Friday at the age of 95, has proved troublesome even in death with his family and his successor Emmerson Mnangagwa at loggerheads about how his burial should be handled.

The statement also confirms that the family refused to have Mugabe's body kept overnight at One Commando army barracks in Harare - home to one of the three brigades that took part in a military coup that ousted the former president from power in November 2017.

"As the immediate family of the late Mugabe, we are ready and willing to work with the government to Zimbabwe to develop a programme for the funeral and burial of the late Mugabe which is in conformance to his wishes on how his mortal remains will be interred".

"One of the wishes that Mugabe indicated was that his wife, Dr Grace Mugabe, must never leave the casket bearing his remains for the duration of the funeral proceedings while in Zimbabwe up until his mortal remains have been interred".

Mnangagwa and the ruling ZANU-PF party want Mugabe buried at a national monument to heroes of the liberation war against white minority rule.

The body will be taken to Mugabe's private Harare residence, known as the Blue Roof, for the night. He was later followed into the house by army officials and Mugabe family members. A delegation including a vice president headed flew to Singapore to bring him home.

His funeral service will be held on Saturday and the burial on Sunday.

Mugabe's family and Zimbabwe's government have been at odds over whether he should be buried in his homestead in Kutama, northwest of Harare, or at the National Heroes Acre in the capital.

Mugabe's family say they've noted with extreme concern how the government has developed the funeral programme without consulting them.

Later on Thursday, Mugabe's body will lie in state at a Harare soccer stadium where ordinary Zimbabweans and supporters are expected to pay their respects.

Teen's memory resets every two hours following head injury
In order to keep up with daily happenings in her life, she writes detailed notes and documents things with her cellphone camera. Riley Horner of Kirkwood told the station on Monday that she feels a sense of confusion each morning when she awakens.
Thursday, September 12, 2019

Watch Borderlands 3's launch trailer
This proper sequel improves upon the formula with more guns, but more importantly, a stretch of unique planets to kill enemies on. Downloads can start up to 48 hours ahead of launch, so check below for maps of the expected unlock times for various regions.
Thursday, September 12, 2019