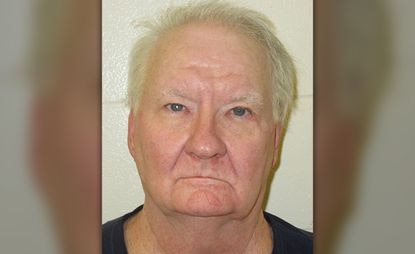 His lawyer argued that Schreiber had been sentenced to life without parole "but not to life plus one day".

Schreiber had argued in court that a brief brush with death should be his ticket to a new life outside of prison, in a freaky case that has tested the definition of a "life sentence".

A court in the U.S. has refused to release a convict who argued that he had completed his life sentence when he briefly "died".

That's what a convicted murderer is claiming in Iowa.

In 2015, Benjamin Schreiber, 66, collapsed inside his jail cellular from septic poisoning simply after kidney stones triggered him to "urinate internally", in keeping with an appeals court docket ruling this week.

An appeals court just ruled that's not how it works.

He was sentenced to life in prison without the possibility of parole, the Des Moines Register reported.

But on Wednesday, a three-judge panel of the Court of Appeals of Iowa gave that idea a firm no.

The judges' opinion states that Schreiber was rushed to a hospital after he fell unconscious in his cell.

But judges said Schreiber's bid - while original - was "unpersuasive".

She notes that the appellant cited no case law to support his position and that state law requires those convicted of a class A felony to "spend the rest of their natural life in prison, regardless of how long that period of time ends up being or any events occurring before the defendant's life ends". It's unclear whether Schreiber plans to take the case to a higher court.

An attorney for Schreiber did not immediately respond to requests for comment Friday morning.