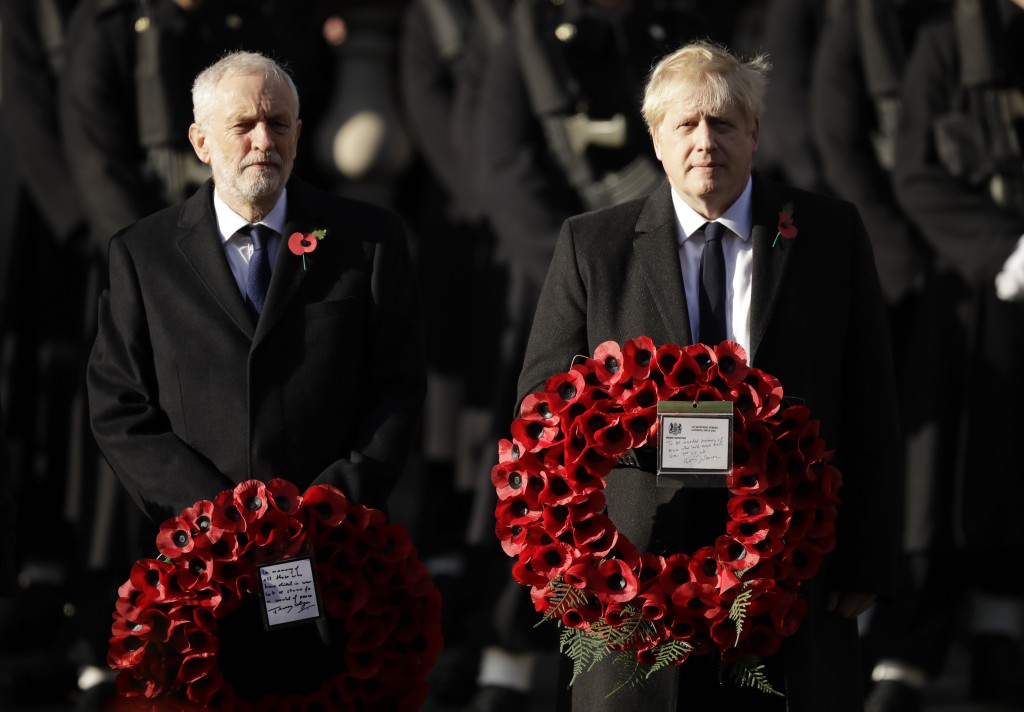 The dukes of of Cambridge and Sussex also laid wreaths while their wives looked on, as did the Duke of York.

Elsewhere, silences were observed across the nation to mark Remembrance Sunday as towns and cities carried out their own commemoration.

Buglers of the Royal Marines will sound the Last Post before wreaths are laid at the Cenotaph by members of the royal family, politicians, foreign representatives and senior armed forces personnel. The Queen watched from a nearby balcony overlooking the memorial, which had been unveiled by her grandfather, George V, when in 1919 he decreed the first two-minutes' silence to be observed at 11am to mark the anniversary of the signing of the Armistice.

A representative of Bermuda laid a wreath on behalf of the country at a remembrance ceremony in Britain for the first time today.

The Prime Minister and Labour leader were among thousands of people attending the wreath-laying service at Whitehall in central London.

Following the ceremony, up to 10,000 veterans and servicemen and women marched past the Cenotaph to honour the fallen.

Chelsea and Leicester march on in English Premier League, Spurs struggles continue
Burnley had lost their previous three games but dominated on Saturday after Ashley Barnes poked home in the 11th minute. Tom Davies gave the Toffees the ideal start at St Mary's before Danny Ings equalised early in the second half.
Sunday, November 10, 2019