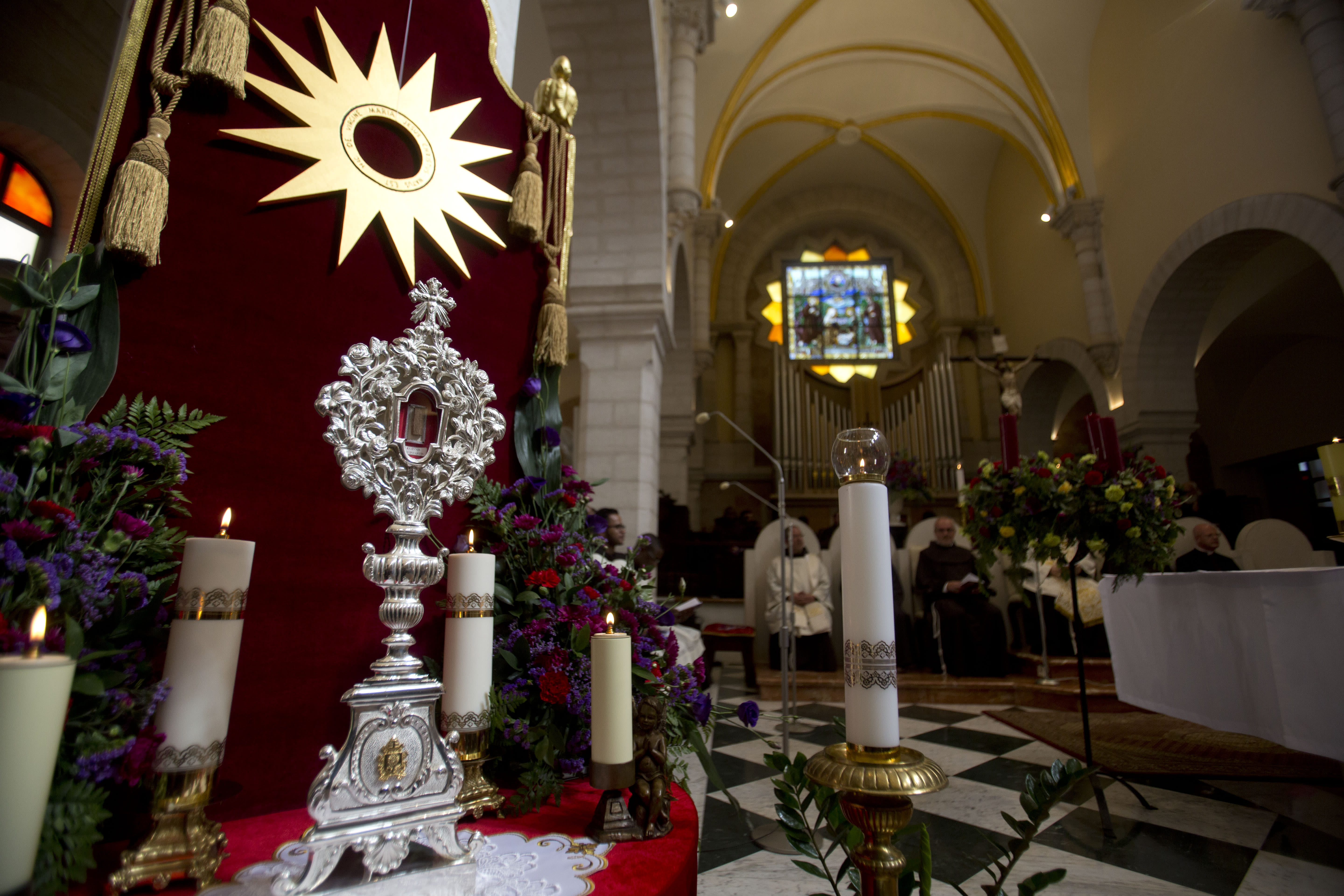 Relic thought to be from Jesus' manger arrives in Bethlehem

A fragment of wood believed to have formed part of Jesus' manger is set to be returned to Bethlehem after more than 1,000 years in Europe.

"It's a great joy", Brother Francesco Patton, the custodian of the Franciscan order in the Holy Land, told Wafa, the official Palestinian news agency, of the return.

The relic was welcomed in the city some 1,400 years after it is said to have left the Holy Land.

Brother Francesco Patton, the custodian of the Franciscan order in the Holy Land, said that Palestinian President Mahmoud Abbas had asked Pope Francis to borrow the entire manger, but the pope made a decision to send a tiny portion of it to stay permanently in Bethlehem.

Officials said it would now be kept in the Franciscan Church of St Catherine, next to the Church of the Nativity, where tradition says Jesus was born.

The relic has remained in Rome's Basilica of Santa Maria Maggiore from the 7th century until the present. The manger has been under the Vatican's care since the early 600s, when Saint Sophronius, then the head of the early Christian Church in Jerusalem, gifted it to Pope Theodore I during a turbulent period in the region's history that saw continual Persian, Byzantine and Arab invasions.

A fragment of wood reputed to be from the manger where Jesus was laid after his humble birth arrived in Bethlehem from the Vatican on Saturday, kicking off Christmas season at the town revered as the place of Jesus' birth.

It has been returned almost 1,400 years after it was sent to Rome as a gift to the pope.

Men rested their foreheads on the relic to receive a blessing in a highly emotive moment many Palestinians have only dreamed of.

"In receiving this gift from Pope Francis, with ardent faith, our joy can not be superficial but must be profound", Monsignor Leopoldo Girelli said during the homily in Jerusalem, a Custodia Terra Sanctae statement shows.

The relic of the manger is not the first religious artefact to be returned by the Pope. The pope later wrote a letter explaining that he wanted to bring the two churches closer together through the gift.

Christians make up a small minority of Palestinians and Bethlehem is one of the only cities in the West Bank and Gaza where Christmas is celebrated.

"A thousand years ago, Rome was busy collecting relics from the East to build itself up as an alternative Jerusalem. Now, Rome is strong enough that it can return relics to Jerusalem and Bethlehem", she said.

How the Queen and the White House are decorating for Christmas
The year before, in 2017, her white and black decorations were compared to the dwelling of Harry Potter's Voldemort . Wishing everyone a very Merry Christmas and Happy New Year.
Monday, December 02, 2019

Moving cross country, winter storm takes aim at Northeast
In Missouri, officials say three people were killed Saturday when their vehicles were swept off flooded roads in Bollinger County. All roads in and out of Casper were closed Saturday morning, including the entire 300 mile stretch of Interstate 25 in Wyoming.
Monday, December 02, 2019