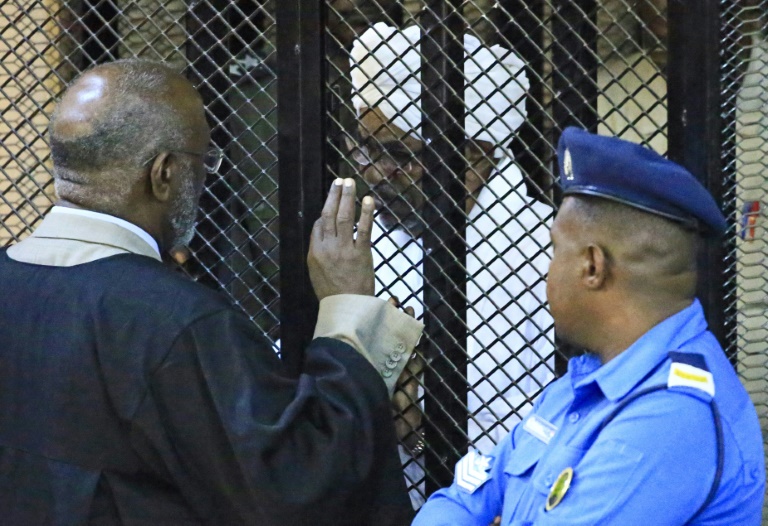 A court in Sudan convicted former President Omar al-Bashir of money laundering and corruption on Saturday, sentencing him to two years in a rehabilitation facility.

The 75-year-old dictator will be sent to a correctional facility, as anyone over the age of 70 can not go to prison under Sudanese law.

He also ordered the confiscation of the millions of euros and Sudanese pounds found in Bashir's residence when he was toppled.

Al-Bashir is also wanted in the International Criminal Court for his role in the the the genocide in Western Sudan's Darfur in 2003.

For nearly three decades, President Omar Hassan al-Bashir ruled Sudan with a heavy fist, jailing opponents and former allies, overseeing the bloody suppression of the Darfur region and squashing protests that dared to challenge his regime. The uprising eventually forced the military into a power-sharing agreement with civilians.

He was convicted of "corruption" and "possession of foreign currency", judge Al Sadiq Abdelrahman said, charges which can carry a prison sentence of up to 10 years.

He has attended several hearings since the trial began in August, appearing in a metal cage wearing the traditional Sudanese white jalabiya and turban.

Almost four months later, a group of military generals removed Bashir from power and jailed him in Khartoum's Kobar prison where he had incarcerated thousands of opponents of his repressive rule.

They continued their protest outside the court, chanting: "There is no god but God".

The Sudanese military has said it would not extradite him to the ICC.

To fill in the political vacuum and to oversee the transition, Sudan's Transitional Military Council (TMC) swiftly announced a three-year transitional period despite protesters' insistence on civilian rule which culminated in June's "million man" march against TMC.

The former strongman was charged earlier this year with money laundering, after millions of USA dollars, euros and Sudanese pounds were seized in his home shortly after his ouster.

Early in the trial, a detective testified that Bashir had acknowledged receiving about US$90 million from Saudi Arabia before his ouster.

In May, Sudan's attorney general said Bashir had been charged with the deaths of those killed during the anti-regime demonstrations that led to his ouster, without specifying when he would face trial.

CONV/RGENCE: A League of Legends Story announced for console, PC
Players will explore the spectacular world of Zaun as Ekko , a young inventor with an ingenious device to manipulate time. Then there's Conv/rgence: A League Of Legends Story , a platformer from the makers of Speed Brawl .
Sunday, December 15, 2019

Control 'Expeditions' update now available; DLC 'The Foundation' launches March 26, 2020
But what are Expeditions , I hear you ask? "If you thought that it might be another Object of Power, you guessed right". The color palette gives the game's main setting - the Old House - a sci-fi vibe that you instantly connect with.
Sunday, December 15, 2019

NCAAF Clemson vs. Ohio State Predictions, Previews, and Odds
LSU, which was No. 2 last week, overtook the Buckeyes in the discussions of the College Football Playoff selection committee. Maybe teams like MI and Florida could play in postseason games that matter - as long as they qualify in the 16-team format.
Sunday, December 15, 2019