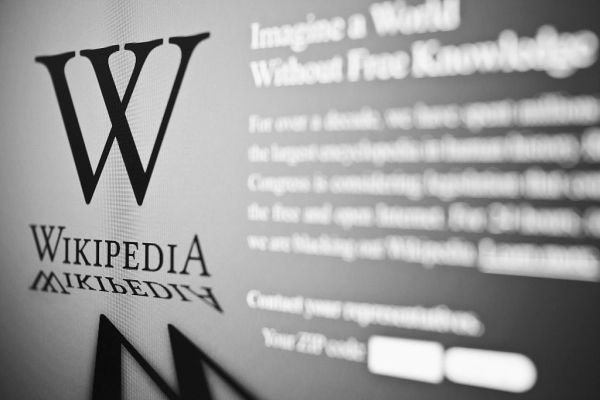 Turkey's Constitutional Court has ruled that a more than two-year block on access to online encyclopaedia Wikipedia in the country is a violation of freedom of expression.

With six out of 10 votes, the court ruled that the total ban on the website violated freedom of expression.

On April 29, 2017, the Information and Communication Technologies Authority (BTK) said it had blocked access to Wikipedia in Turkey, citing a law allowing it to ban access to websites deemed obscene or a threat to national security.

"Today's decision from the Turkish Constitutional Court is an important step for the right to knowledge", the Wikipedia Foundation, which runs Wikipedia, said in a statement.

"One of the saddest questions is this: from day one we expressed on all platforms that the process of blocking access to all Wikipedia was illegal", wrote Gonenc Gurkaynak, a lawyer representing Wikimedia, on Twitter.

Entries said Turkish government officials were involved in oil trading with ISIS and that Turkey sponsored the group.

Wikimedia Foundation, which operates Wikipedia, appealed the decision in May 2017, but a Turkish court rejected it. Wikipedia founder Jimmy Wales addressed Thursday's ruling in a tweet: "Welcome back, Turkey!".

Per the Guardian, the revocation of the ban is ordered to commence immediately, though the government issued no comment and it remained unclear how quickly it would follow through. But before the ban is lifted, a full opinion will most likely need to be published, said Yaman Akdeniz, a law professor at Istanbul Bilgi University who had also challenged the ban on Wikipedia.

Vedomosti: Russia and Turkey extended talks on Syria/Libya in quest for compromise
With thousands of people now migrating towards Turkey, Ankara has called for the attacks on Idlib to stop "immediately". The Damascus regime, which now controls 70 percent of Syria, has repeatedly vowed to take back the area.
Friday, December 27, 2019

Japan could release Fukushima radioactive water into environment
It also would facilitate monitoring of radiation levels in the environment. The proposal was made on December 23 to a body of experts. There is also the ongoing harm to the region's image.
Friday, December 27, 2019