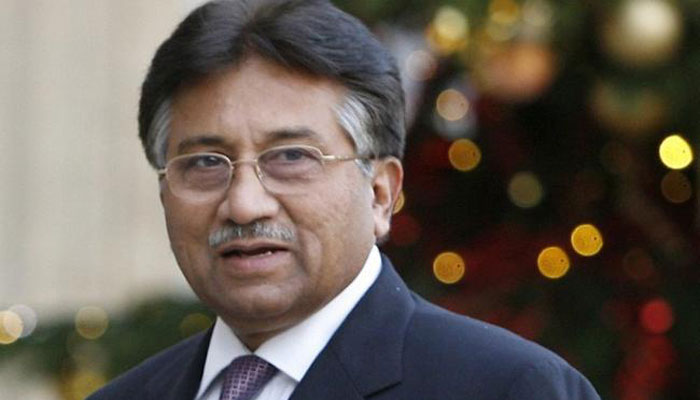 The Lahore High Court on Monday declared the formation of a special court - which heard the treason case against former dictator Pervez Musharraf and handed him a death sentence after finding him guilty of treason - as "unconstitutional".

The former president had challenged not only the conviction but also the formation of the special court that handed him the death penalty for high treason, as well as the complaint filed against him by the government of former prime minister Nawaz Sharif that resulted in the trial.

Last week, a legal expert had told the court that the constitution of a special court to try former president Pervez Musharraf was not done according to the law.

Musharraf was sentenced to death in absentia by a special court in December on charges stemming from his imposition of a state of emergency in 2007.

The government counsel also argued that the case against Pervez Musharraf was not part of the agenda of the federal cabinet's meeting on June 26, 2013. It relates to Gen Musharraf's suspension of the constitution in 2007, when he declared an emergency in a move meant to extend his tenure. Khan also maintained that the charges filed against the former president were flimsy since, under the emergency powers of the executive, fundamental rights could be suspended.

Musharraf's high treason verdict was met with condemnations from both the federal government, led by the Pakistan Tehreek-e-Insaf, and the armed forces.

The three-member bench had reserved its verdict in the long-running case last month, but was stopped from announcing it by a petition filed by the federal government to the Islamabad High Court.

It caused a wave of controversy, with Musharraf slamming it as a "vendetta" and the military expressing its disappointment.

While talking exclusively to ARY News, Pervez Musharraf said he is pleased over the LHC's verdict as the ruling was given in accordance with the law and the Constitution. Gen Musharraf travelled to Dubai in 2016 after a travel ban was lifted and he has refused to appear before the court, despite multiple orders.

Musharraf, who was born in India's capital New Delhi in 1943 but moved with his family to Pakistan at partition, took power after ousting Sharif in the bloodless coup two decades ago.

Musharraf made Pakistan a key ally of the United States in its war on terror following the September 11, 2001 attacks.

After the December 2007 assassination of former prime minister Benazir Bhutto, the national mood plunged further and Musharraf was left increasingly isolated by the crushing losses suffered by his allies in February 2008 elections.

Supporters of former Pakistani President Pervez Musharraf protest against the sentencing of Musharraf to death on January 1. Musharraf resigned in 2008 to avoid impeachment.

Dakar Rally | Paulo Goncalves of Hero MotoSports Team dies in crash
As the Dakar 2020 mourns the passing of Paulo Goncalves in Stage 7, the competition took a back seat. He is the first competitor to have died contesting the Dakar since Michal Hernik in 2015.
Monday, January 13, 2020

More popular heartburn medications recalled due to impurity
Trace amounts of NDMA were found in the drug, which was manufactured by Solara Active Pharma Sciences Limited. NDMA is an impurity that is considered a possible carcinogen by the US Environmental Protection Agency .
Monday, January 13, 2020