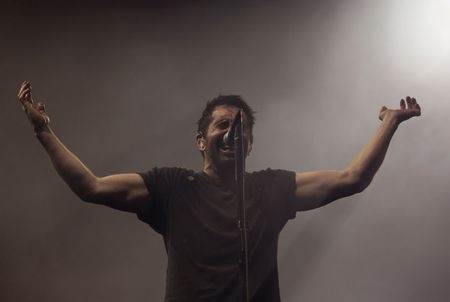 The music industry is giving the greatest love of all to Whitney Houston and more iconic artists announced as the 2020 Rock & Roll Hall of Fame inductees. Receiving the Ahmet Ertegun Award, which is essentially for non-performing professionals, are longtime Bruce Springsteen manager and former music critic Jon Landau and veteran Eagles manager and multifaceted executive Irving Azoff.

Also joining music's exclusive club - for which artists become eligible 25 years after their debut album - are Depeche Mode, the Doobie Brothers, Nine Inch Nails, the Notorious B.I.G. and T. Rex. Of the five artists who comprised the latest fan ballot, only the Doobies, who finished third, will be inducted into the Rock Hall, with Matthews, Pat Benatar, Soundgarden and Judas Priest missing out this year. The Notorious B.I.G., né Christopher Wallace, was shot dead at age 24 in 1997. The ceremony will also be broadcast live on SiriusXM's Rock and Roll Hall of Fame Radio.

The 2020 Rock And Roll Hall Of Fame induction ceremony will be held at the Public Auditorium in Cleveland, Ohio, on May 2, 2020.

Performances and special guests will be announced at a later date.

Factors such as an artist's musical influence, body of work, innovation, style and technique are taken into consideration with the voting, according to the organization.

For the first time, the induction ceremony will be carried live on HBO, which previously had aired taped highlights in weeks after the actual event. It is open to the public and tickets will go on sale February 27.

Pentagon prepared to provide additional financial support to border wall: Esper
Last Friday, the Trump administration announced it had completed 100 miles of barrier along the southern border. The Supreme Court of the United States in July ruled that the president had the authority to take the decision.
Wednesday, January 15, 2020

Amazon's The Lord of the Rings: Official Casting Revealed
Aramayo will be replacing Midsommar star Will Poulter after Variety reported he dropped out due to scheduling conflicts. They also shared that the series will begin production next month, meaning, yes, it's really happening.
Wednesday, January 15, 2020