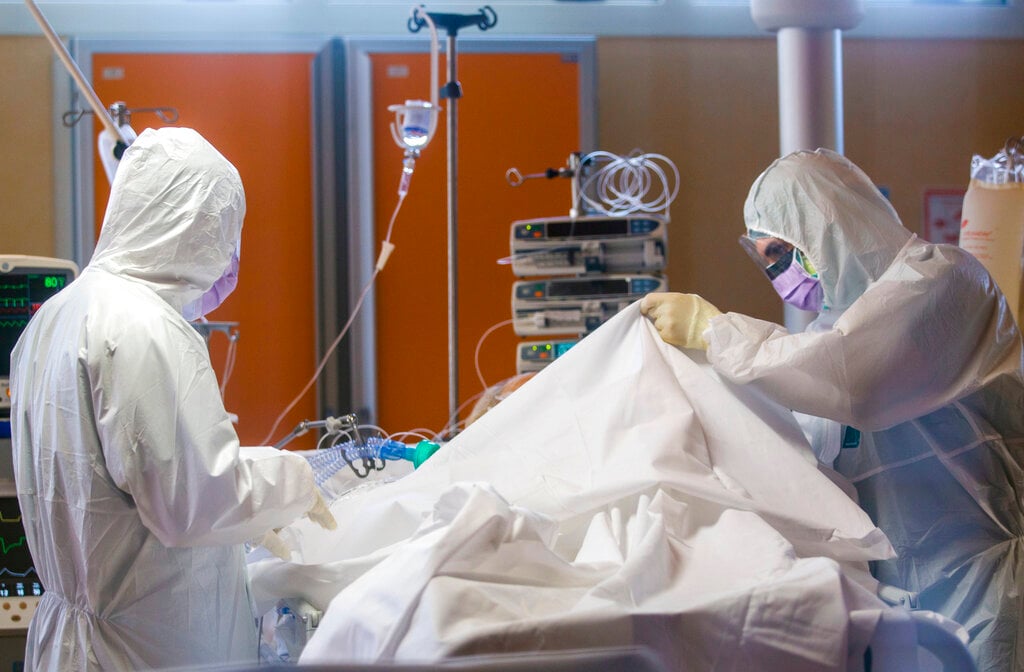 Newly released data from Italy's Civil Protection revealed that the country's death toll from the virus has risen from 7,503 deaths on Wednesday to 8,165 on Thursday.

Priest Don Giuseppe Arnaudo (right) holds a crucifix and blesses houses along with Don Kresimir Busic on March 25, 2020, in Manta, near Cuneo, northwestern Italy, as part of a countryside procession against the coronavirus pandemic.

According to Borelli, however, the number of new confirmed infection cases was slowing down for three consecutive days.

"We are in a phase of apparent stabilization, and we believe the number of infected people, or new cases, is consistent with the trend that the virus spreading has had in the country", Agostino Miozzo, coordinator of the Civil Protection's scientific-technical committee, told the press conference.

"Unfortunately, the numbers are not very nice, the number of infected people has increased a bit too much compared to the line of the past few days", said Attilio Fontana, the governor of Lombardy - Italy's worst-infected region with the coronavirus. "In the following hours we will see if the growth curve is really starting to flatten", he added.

21-year-old UK woman with no pre-existing conditions dies from coronavirus
Fed Chief: 'We May Well Be in a Recession'

Valve confirms it’s making a ‘flagship’ Half-Life VR game
Either way, we could hear more from Valve officially this Wednesday, or next month during The Game Awards itself. In the Valley of the Gods , from Campo Santo, was expected to be Valve's next games release.
Friday, March 27, 2020

FM Sitharaman hints big stimulus package for India Inc soon
Positive cases of coronavirus in India continued to rise on March 26, with a total of 694 cases reported from the country. At the meeting, the G20 leaders agreed to take all necessary measures to contain the pandemic and protect people.
Friday, March 27, 2020