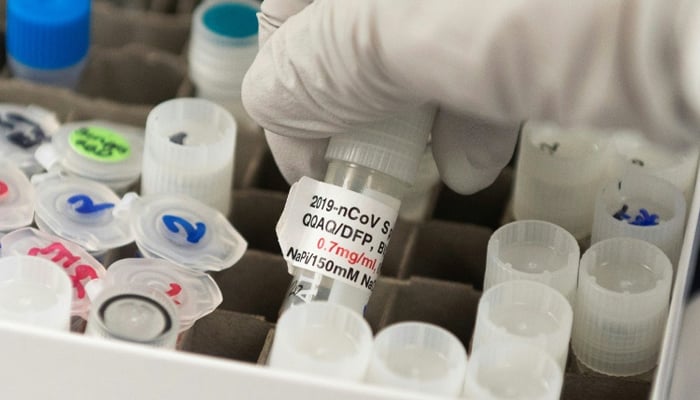 AstraZeneca is licensing its vaccine candidate known as AZD1222 from the University of Oxford, where it was developed.

While health experts say a vaccine to prevent infection is needed to return life to normal, the survey points to a potential trust issue for the Trump administration already under fire for its often contradictory safety guidance during the pandemic.

AstraZeneca said it has supply agreements for 400 million doses of the much-anticipated vaccine.

"The development programme includes a Phase III clinical trial with 30,000 participants and a paediatric trial", added the statement.

Pending emergency use authorization of licensure from the Food and Drug Administration, at least 300 million doses of the vaccine will be distributed in the United States. It's possible the vaccine candidates won't be successful and the doses could be wasted, but by ramping up production early, officials reduce the likelihood there will be delays in being able to administer it. It has development centers in the United States, Sweden, and Poland.

"We will do everything in our power to make this vaccine quickly and widely available", AstraZeneca CEO Pascal Soriot said in a statement.

"We need to defeat the virus together or it will continue to inflict huge personal suffering and leave long-lasting economic and social scars in every country around the world", he said.

The company logo for pharmaceutical company AstraZeneca on a screen at the New York Stock Exchange in New York City on April 8, 2019.

The company said it "recognizes that the vaccine may not work but is committed to progressing the clinical program with speed and scaling up manufacturing at risk".

Some 300 million of the 400 million doses are set to go to the USA, where the Department of Health and Human Services announced it was collaborating with AstraZeneca to make the first ones available as early as October.

Soriot expressed pride at collaborating with Oxford "to turn their ground-breaking work into a medicine that can be produced on a global scale". Any royalties the university receives after the pandemic is over will be reinvested back into medical research.

Scientists at Shanghai's Fudan and Jiao Tong universities have developed a vaccine, called ShaCoVacc, which has been found to trigger neutralizing antibodies against the COVID-19 coronavirus in mice.

"Our partnership with AstraZeneca will be a major force in the struggle against pandemics for many years to come".

'It's not surprising a significant percentage of Americans are not going to take the vaccine because of the awful messaging we've had, the absence of a communication plan around the vaccine and this very aggressive anti-vaccine movement, ' said Dr Peter Hotez, dean of the National School of Tropical Medicine at Baylor College of Medicine, where he is developing a vaccine.

Oculus Quest Will be Controller-Free in the Future, Plus More
Facebook, the parent company of Oculus , proves once again that it wants to maintain its dominance as much as it can. Facebook's roll-out of updates usually goes on over several days to guarantee the stability of the release.
Friday, May 22, 2020

National Basketball Association to issue guidelines on recalling players
ESPN reported Wednesday that the league is still weighing a return with action in both Orlando and Las Vegas. Jared Dudley said that players will be allowed to leave the "bubble location" should the season resume.
Thursday, May 21, 2020