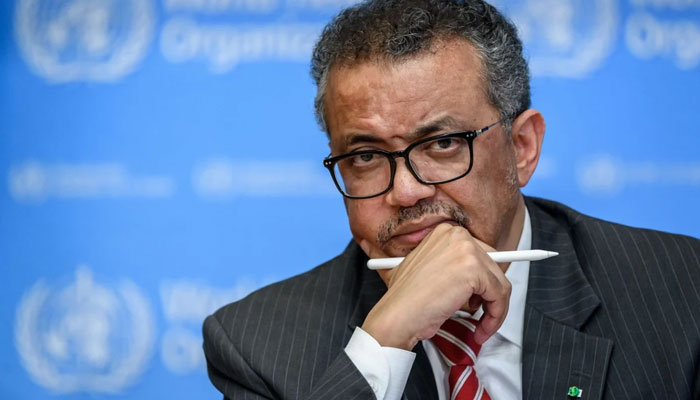 WHO assembly adopts resolution for review of coronavirus response

Revealing the alarming numbers at his daily briefing, WHO Director General Tedros Adhanom Ghebreyesus said that two-thirds of those cases came from just four countries, the BBC reported.

The global health body said on Wednesday that 106,000 new cases of infections of the novel coronavirus had been recorded in the past 24 hours, the most in a single day since the outbreak began.

Trump accused the World Health Organization of ignoring reports of the novel coronavirus spreading in China in December and accused it of failing to share "critical information" regarding the outbreak, after having earlier accused the body of being China-centric.

"We have of course received the letter and we are looking into it", Tedros said. Ghebreyesus defended the agency's role after the United States again withheld full support for a resolution passed by member states on the pandemic.

"I said it time and time again that World Health Organization calls for accountability more than anyone".

Ryan said such assessments are normally conducted after an emergency is over.

"There should be a review to understand everything, to learn lessons and address if there have been problems", he said. The US President has said he is taking hydroxychloroquine to prevent coronavirus infection despite studies showing they have no benefit and could have risky side effects. Dr. Mike Ryan, head of WHO's emergencies programme, said: "We will soon reach thetragic milestone of 5 million cases".

The WHO officials said while social distancing measures put in place in numerous countries to slow the spread of the coronavirus have been successful, the virus remains "extremely unsafe".

OnePlus 8 Pro Can See Through Clothes - But Not For Long
The company has equipped the 8 Pro a quad-camera setup that gets hardware and software to battle it out with the heavyweights. The sensor, however, allows users to see through certain materials, especially if these do not have an infra-red shielding.
Thursday, May 21, 2020

Google's Pixel 4a May Have Been Delayed, Yet Again!
The event has been postponed due to the coronavirus pandemic, and it is rumored that several delays could be encountered. A 3.5mm headphone jack, USB Type-C port, capacitive fingerprint sensor, and Android 10 are also part of the package.
Thursday, May 21, 2020