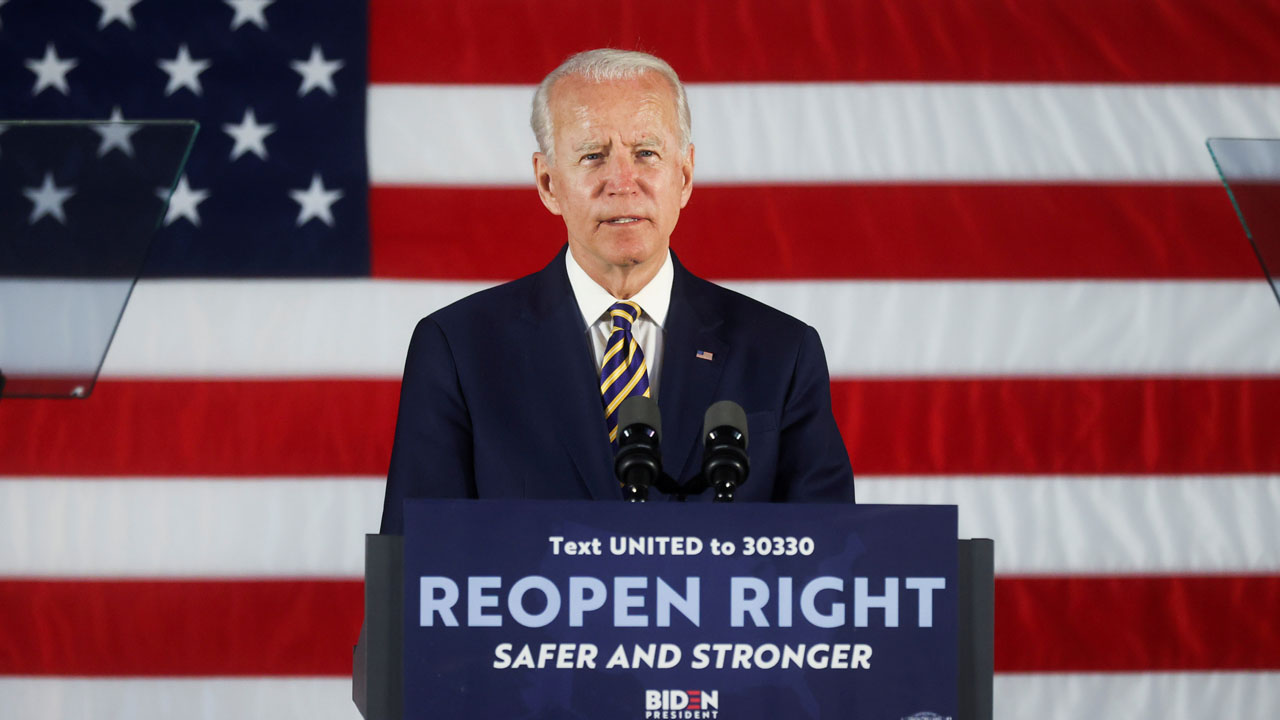 Former US vice president Joe Biden would formally accept his Democratic presidential nomination at the party's scaled back convention in Wisconsin's Milwaukee city on August 20, organisers of the mega event have announced.

The event is also changing venues because of the reduced in-person attendance. Listen in the player below.

Joe Biden plans to accept the presidential nomination in person, but it remains to be seen whether there will be a significant in-person audience there to see it.

The new details were released the same day that Biden's team announced its leadership team in Wisconsin, one of three key states that helped propel Trump to an Electoral College victory four years ago.

While the number of people coming to Milwaukee still isn't clear, all large-scale gatherings around the convention, such as welcome events and fundraisers, have been canceled.

The programming production will be led by Ricky Kirshner, who has produced Super Bowl halftime shows since 2007 and worked on every Democratic National Convention since 1992.

Biden's campaign has previously said they will hew to advice from medical experts when it comes to any in-person elements to the convention.

"Today's announcement by our partners at the Democratic National Convention Committee demonstrates the Democratic Party is taking their commitment to Milwaukeeans seriously by implementing steps to protect our neighbors' health and safety, while anchoring their convention in our city", said Raquel Filmanowicz, chief executive officer of the Milwaukee 2020 DNC Host Committee.

In view of the coronavirus pandemic, the Democratic National Convention Committee (DNCC) on Wednesday announced its convention plan to broadcast from Milwaukee and across the nation to reach out to all Americans.

"As is the case with many other businesses and families around the country dealing with our new normal, we are considering a variety of formats for this to take place, but we are certain that in the end it will capture the enthusiasm and spirit that we have to making Donald Trump a one term president and transforming our country", Biden campaign spokesman Bill Russo said in a statement issued last month.

In June, the DNC approved a resolution that would allow delegates to vote remotely. But Trump has said he plans to accept his nomination in Jacksonville, Florida, because Cooper wouldn't guarantee Republicans the ability to host a large-scale event in Charlotte's National Basketball Association arena.

House Democrats Pass Bill to Make DC the 51st State
Norton can not vote on legislation in the House but otherwise enjoys the privileges of a member of Congress. In May, President Trump told the New York Post newspaper: "DC will never be a state.
Saturday, June 27, 2020

Huawei Backed By Chinese Military According To Trump Admin
They also questioned why the Commerce Office had been gradual to entire export-handle critiques mandated by the two acts. The US official " confirmed the authenticity of the document and said it had been sent to Congress.
Saturday, June 27, 2020

Disney’s Mulan Has Been Delayed Again
The report comes on the heels of Disneyland delaying its re-opening indefinitely as coronavirus cases rise in the U.S. We'll have to see if Disney is ready to get down to business and think about the safety of its audiences first.
Saturday, June 27, 2020