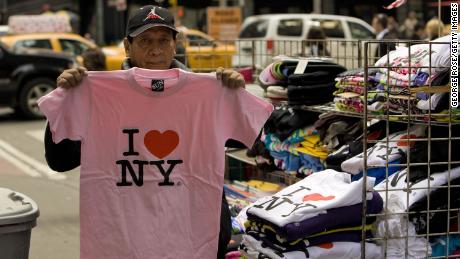 Milton Glaser, designer behind the I Heart NY logo, has died aged 91

He also created a famous poster of Bob Dylan with psychedelic hair and was a co-founder of NY magazine.

Milton Glaser, who created the iconic "I Love NY" logo that powered the city's tourism industry to new heights, died Friday after suffering a stroke with added renal failure complications, his wife said.

Other notable work by Glaser includes his designs for the World Health Organization's worldwide Aids symbol and poster, the Brooklyn Brewery logo and an advertisement for Mad Men's final season. He attended the Excessive College of Music & Artwork in Manhattan and graduated from The Cooper Union for the Development of Science and Artwork in 1954. He also co-founded New York Magazine in 1968 with Clay Felker. Shortly thereafter, Glaser based Push Pin Studios, together with Seymour Chwast, Reynold Ruffins and Edward Sorel, which grew to become a frontrunner in untraditional graphic design for the subsequent 20 years. He opened Milton Glaser, Inc.in 1974, and continues to produce a prolific amount of work in many fields of design to this day.

His noteworthy designs include a psychedelic poster of Bob Dylan that combined Islamic imagery with the art of Marcel Duchamp.

In posters, logos, ads and e book handles, Glaser's concepts captured the spirit of the 1960s with a handful of straightforward colors and designs.

A native of the Bronx, Glaser came up with his logo concept while riding in another iconic part of NY - a taxi cab.

Almost a quarter-century later, just days after the 11 September terror attacks, he revised it, adding a dark scar to the red heart and "more than ever" to the message.

He won several awards during his illustrious career including the National Medal of the Arts award from President Barack Obama in 2009 - the first graphic designer to scoop the gong.

OIL back in black on lower taxes
In FY19, domestic crude production has dropped to 34.2 mt from 35.7 mt in the previous year. This dependency has consistently increased in all five years of the last Modi government.
Sunday, June 28, 2020