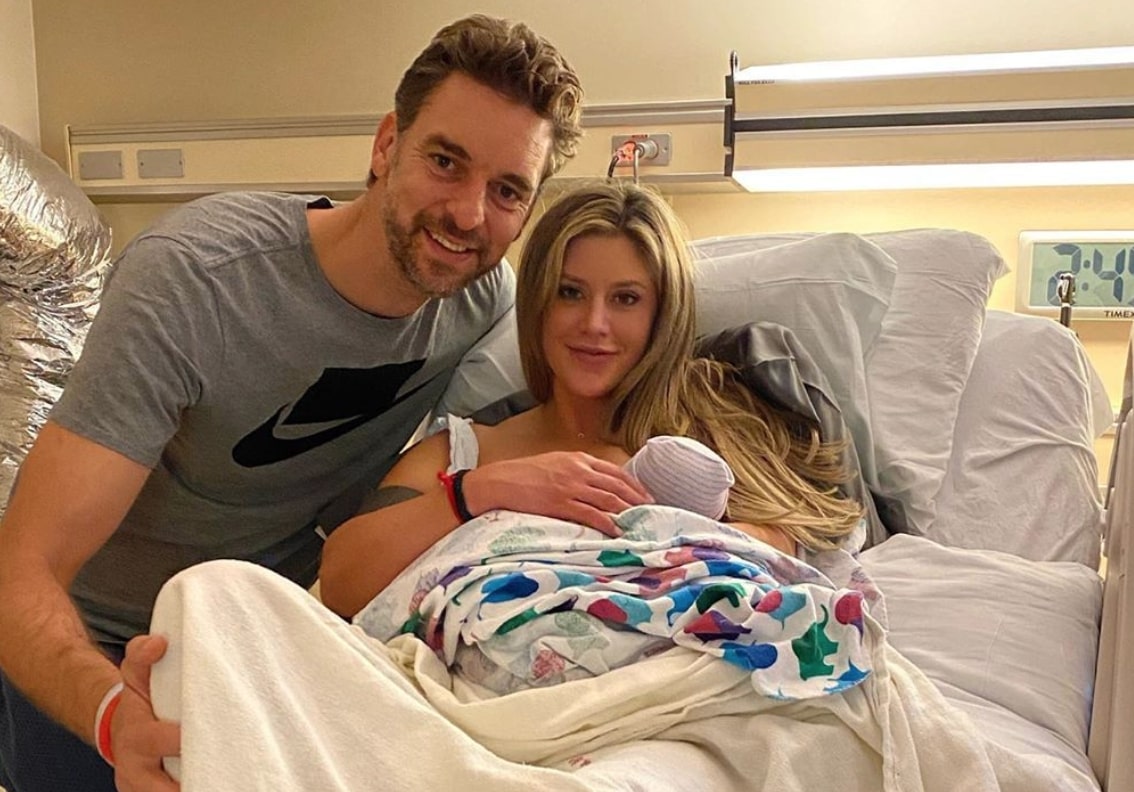 Pau Gasol and his wife, Cat, honored the memory of Kobe Bryant and his family by naming their first-born daughter Elisabet Gianna Gasol, the former Los Angeles Lakers big man announced Sunday. The delivery went really well and we couldn't be happier! Elisabet Gianna Gasol, a very meaningful name for our super attractive daughter!' Gasol said on Instagram with the hashtag #girldad.

Their daughter is named after Gianna Bryant, the 13-year-old daughter of Gasol's Los Angeles Lakers teammate Kobe Bryant, who both passed away tragically in a helicopter crash in January.

The name certainly is meaningful.

Gasol and Kobe won back-to-back championships with the Lakers in 2009 and 2010.

Gasol was clearly close with Bryant and his family, sharing photos of his wife and Vanessa Bryant and their kids last month.

Bryant's wife, Vanessa, celebrated the birth by announcing on Instagram: "My goddaughter is here!"

At the news of Bryant's death, Gasol promised to keep his friend's legacy alive.

The sweet name isn't the only way that Gasol and his wife paid tribute to their friends. "So touched by your request to honor my Gigi ❤Can't wait to hold Elisabet Gianna Gasol".

US West Coast wildfires claim at least 33 lives
All told in California, almost 17,000 firefighters were battling 29 major wildfires on Sunday, Cal Fire said . Biden and Trump have offered vastly different visions when it comes to tackling the issue of climate change .
Tuesday, September 15, 2020