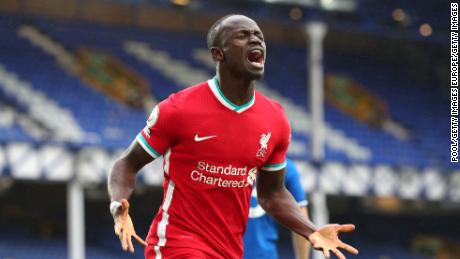 To add to Liverpool's disappointment, they suffered an injury to key defender Virgil van Dijk which forced the Dutchman out of the game in the 11th minute. The blues are top of the table, and undefeated this season, whilst the champions will be looking to bounce back from a 7-2 defeat to Aston Villa before the worldwide break.

The incident raised further questions about the temperament of Pickford, the England global who has been at fault for some goals conceded by Everton in recent games. Who could Liverpool have realistically signed keeper-wise this summer?

Today's Merseyside derby was a pulsating affair full of controversial and incidents but not everyone was too invested in the game.

Liverpool was unbeaten in 22 games against its city rival - the longest unbeaten run either team has ever recorded in this fixture - and this match looked to be following a familiar pattern. It was a late, reckless challenge and one that caused the Dutch defender's knee to twist awkwardly, with his foot caught in the turf.

The Video Assistant Referee (VAR) ruled that Van Dijk was just inches offside and Pickford and Everton breathed a sigh of relief, as the foul coming after the offside decision meant the goalkeeper couldn't be penalized. 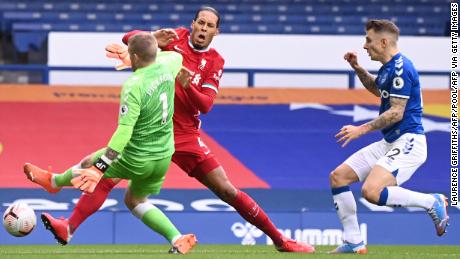 Van Dijk last missed minutes in the Premier League in January 2018, and his absence might have contributed to Liverpool conceding the equalizer in the 20th when Keane rose highest at a corner to power a header through the raised arms of goalkeeper Adrian.

Goal! Liverpool are off to a flyer!

Liverpool were humiliated 7-2 by Aston Villa just before the global break but they quickly set about putting things right when Mane scored in the third minute, firing home a low cross from Andy Robertson.

But in stoppage time, Thiago Alcantara found Sadio Mane with a clever pass and the Senagalese's low cross was turned in by Henderson, only for VAR to find the narrowest of offsides. However, after a lengthy VAR consultation, Mane was deemed to be offside by the finest of margins.