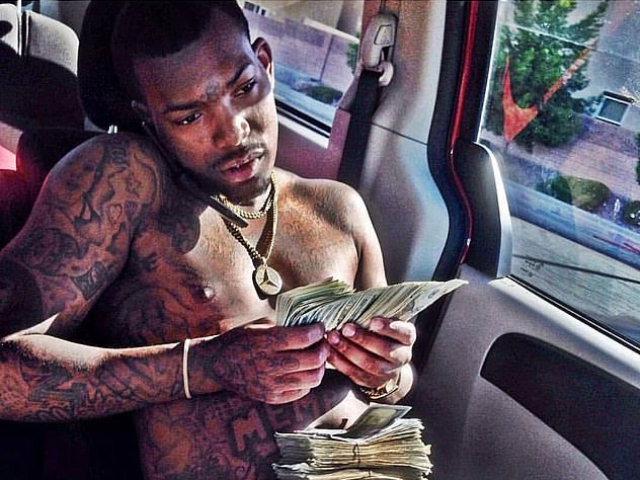 Rapper Who Boasted About Getting Rich Off $1.2 Million in Unemployment Arrested 13 Instagram/@nukebizzle1Katherine Rodriguez18 Oct 2020

According to reports, Fontrell Antonio Baines, also known as rapper Nuke Bizzle, was arrested for scamming the government out of $1.2 million. In posts on Instagram under the accounts "nukebizzle1" and "nukebizzle23", the rapper bragged extensively about his ability to defraud California's Employment Development Department.

A representative for Baines could not be reached for comment.

In the video "Nuke Bizzle" talks about things such as "my swagger for EDD", referring to the state of California's Employment Development Department, in an alleged case of art imitating real life.

Baines is accused of exploiting the Pandemic Unemployment Assistance provision of the CARES Act, which is created to expand access to unemployment benefits to the self-employed and gig workers.

If convicted on all the charges, he could face a maximum sentence of up to 22 years in prison.

Baines was found and arrested on September 23 in Las Vegas, NV, with eight debit cards on his person, seven of which were not in his name.

Las Vegas police also found $49,734 stashed under Baines' seat, according to the affidavit.

Prosecutors say that Baines applied for EDD debit cards in the names of third-parties, including identity theft victims, which were mailed to addresses which Baines had access to in Beverly Hills and Koreatown.

"Baines allegedly exploited the Pandemic Unemployment Assistance (PUA) provision of the CARES Act, which is created to expand access to unemployment benefits to self-employed workers, independent contractors, and others who would not otherwise be eligible", federal officials said, according to the Los Angeles Times.

By the time he was arrested, Baines and his circle had allegedly already cashed in $704,000 Dollars of benefits in combined cash and purchases.

The DOJ says that during their investigation they discovered at least 92 debit cards that had more than $1.2 million in fraudulently obtained benefits and that he had accessed more than $704,000 of those benefits through cash withdrawal as well purchasing merchandise and other services with them. Some of the money was retrieved in Las Vegas.

Authorities arrested him on federal charges of fraudulently applying for more than $1.2 million in jobless benefits, according to a CBS Los Angeles report.

Micromax announces India smartphone comeback with upcoming "in" series
In the video, Sharma can be heard saying that while he was not defeated he was content with what he had achieved. The company is expected to launch smartphones, accessories and other gadgets under the new "in" brand.
Sunday, October 18, 2020