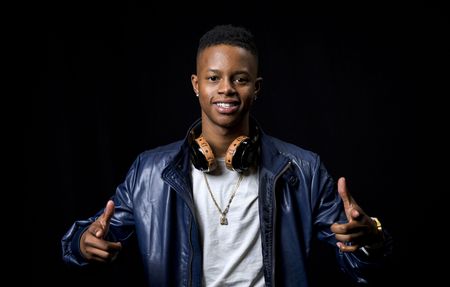 As previously reported, Silento, known for his hit song "Watch Me (Whip / Nae Nae)", was arrested and booked at the DeKalb County Jail yesterday evening for felony murder.

American rapper Silento has been arrested and charged in connection to the murder of his cousin Frederick Rooks.

A representative for the DeKalb County Police Department said that they investigated a shooting on January 21 at approximately 3:30 a.m. after Rooks was found in the roadway, suffering multiple gunshot wounds.

According to the paper, police responding to a shots fired call at 3:30 a.m. on January 21 found Rooks dead at the scene "with multiple gunshot wounds".

Hawk was arrested once again on 23 October after being caught driving at 143mph.

The Atlanta Journal-Constitution reported that Hawk was being held without bond late Monday. After being arrested and released on charges of domestic assault, he was arrested the next day on charges of assault with a deadly weapon.

"He stated, "If there is like 10 cars following me, I can do 143 because I am not a regular person and you could go and look on your computer and it would tell you that".

Hawk rose to fame as a teenage rap sensation, and his "Watch Me" video has been viewed almost 1.8 billion times on YouTube.

LADbible has contacted Silento's reps for comment regarding the murder charge. "His most recent release was the single 'Swish" on January 28.