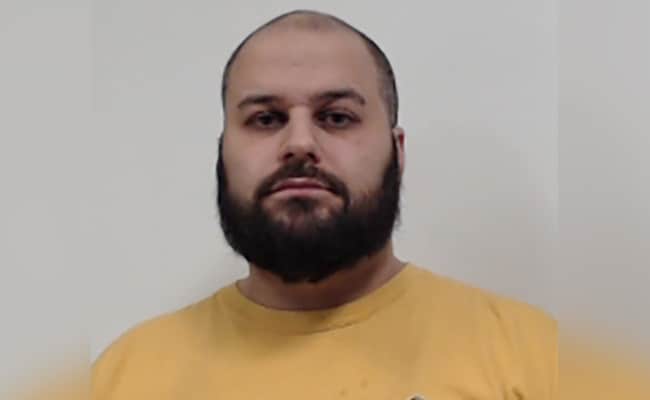 US Capitol Police Officer Brian Sicknick, who died of injuries sustained during the riot.

Authorities have not yet determined whether exposure to the bear spray caused his death.

Six minutes later, Khater is allegedly seen walking through the crowd up to a bike rack barrier being guarded by Officer Sicknick and two other officers - he then sprayed them with the bear mace from roughly five to eight feet away, the affidavit alleges.

Sicknick collapsed later on and died at a hospital on January 7.

Prosecutors filed charges after tipsters contacted the FBI allegedly identifying Khater and Tanios from wanted images released by the Bureau from surveillance video and officer-worn body camera footage, the complaint said. Both are scheduled to make initial appearances in court later this afternoon.

News of the pair of arrests comes two weeks after the Federal Bureau of Investigation singled out a person who was seen spraying a substance on Sicknick and other law enforcement officers.

The duo faces nine counts that include assaulting three officers with "a deadly weapon". They are also charged with civil disorder and obstruction of a Congressional proceeding.

After he sprayed the officers, they "immediately retreat from the line, bring their hands to their faces and rush to find water to wash out their eyes", according to the court papers. But many rioters are facing charges of injuring police officers, who were attacked with bats, sprayed with irritants, punched and kicked, and rammed with metal gates meant to keep the insurrectionists from the Capitol. At least 800 people entered the Capitol after a smaller number forced entry, police have testified, seeking to block Congress from confirming the November presidential election victory of Joe Biden.

Investigators initially believed that Sicknick was hit in the head with a fire extinguisher, based on statements collected early in the investigation, according to two people familiar with the case.

According to the complaint, the Federal Bureau of Investigation said the two men "appeared to time the deployment of chemical substances to coincide with other rioters' efforts to forcibly remove the bike rack barriers that were preventing the rioters from moving closer to the Capitol building".

The U.S. and U.S. Capitol Police flags were flown at half-staff after the death of officer Brian Sicknick.

How Long Islanders are planning to spend their stimulus checks
Officials said those adjustments will be made automatically by the IRS for people who have already filed their 2020 returns. The $1,400 payments will go to each adult, child and adult dependent , such as college students or elderly relatives.
Monday, March 15, 2021

Cuomo: Politicians calling for him to resign are ‘reckless’
Cuomo made a name for himself a year ago as a straight-talking pragmatist in the first onslaught of the coronavirus pandemic. The growing number of allegations of assault, harassment, and inappropriate behavior by the Governor are disturbing.
Saturday, March 13, 2021