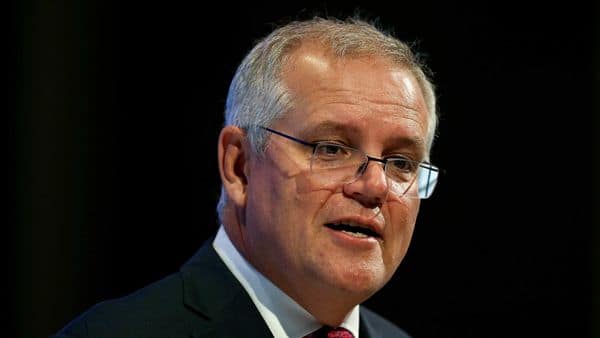 Mr. Porter, who was the AttorneyGeneral, had earlier taken mental health leave after revealing he was the person accused of raping a 16-year-old girl when he was a teenager 33 years ago.

Reynolds has been criticised for her handling of an allegation of rape by a member of her staff two years ago.

Under the Cabinet reshuffle announced by Morrison, Michaelia Cash will become the new attorney-general while Peter Dutton will take over as defence minister.

Attorney-general Christian Porter and Defence Minister Linda Reynolds have both been stripped of their current portfolios but will remain in cabinet. Police said on March 2 there was insufficient evidence to investigate the alleged rape as the accuser was no longer alive.

Morrison, who on Saturday reprimanded one of his lawmakers for bullying two women constituents, has ordered a probe into parliament's workplace culture but critics say he has failed to map out any new policy initiatives to address the broader issues of sexism and violence against women.

The new group will be led by Minister for Women Marise Payne and comprise all female ministers, along with the deputy prime minister, treasurer and finance minister.

Mr. Morrison said the changes would mean the Cabinet would have the strongest ever representation of women.

"But it's not just about the size of the female contingent in my cabinet; it's the skills and the experience, it's the perspective, and it's the collaboration they bring to our nation's most hard tasks", Morrison said.

Morrison has struggled to placate public anger amid allegations of sexual abuse, discrimination against women and misconduct in parliament.

Morrison said he was shocked and disgusted by those allegations.

In another case, a senior government adviser was also fired after footage emerged of him performing a sex act on a female lawmaker's desk.

'These changes will shake up what needs to be shaken up while maintaining the momentum and the continuity and the stability that Australia needs, ' Mr Morrison told reporters in Canberra.

One dead in Vancouver-area stabbing spree
Until today, it was unimaginable that such a senseless act of violence could have occurred in the very heart of it", it continues. This report by The Canadian Press was first published March 28, 2021 .
Monday, March 29, 2021

Two people dead in United States beachfront shooting
Authorities said they believe the second shooting was related to the first, but did not provide details on how they are connected. The officer was placed on administrative assignment pending an investigation, per standard procedure, the department said.
Saturday, March 27, 2021