Home / World Media / Biden Has a Clear Message for Migrants 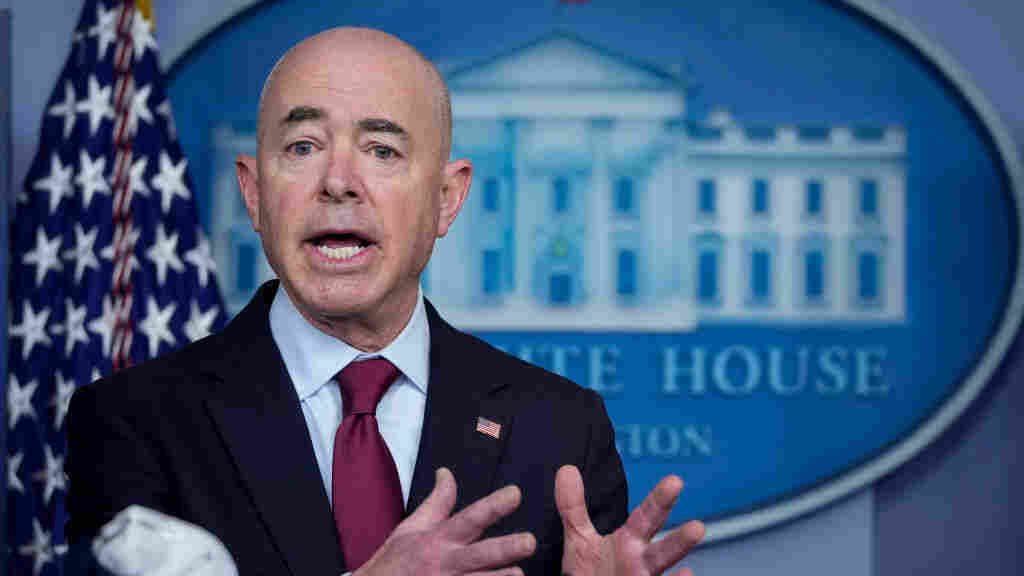 USA officials are struggling with the problem of thousands of Central American migrants arriving at the southern US border and seeking entry.

However Biden is allowing independent teens and children to stay, at least temporarily, and they have been coming in ever larger numbers.

Still, officials say they are having difficulty housing those minors as they go through the process.

Although there have been previous migrant surges, including under Trump, Republicans in Congress say Biden's softer stance on border controls has become a magnet for migrants.

Republican leaders have taken aim at Biden's reluctance to visit the border or acknowledge the growing situation. "It's an emergency. It is a result of President Biden and his, not just even signaling, but his statements of, 'nobody's going to be turned back, '" Senator Capito said earlier this week on MetroNews "Talkline".

Nancy Pelosi, the Speaker of the House of Representatives, said it is a "humanitarian crisis".

The Biden administration last week ended a Trump administration policy that made relatives reluctant to contact HHS to retrieve children for fear of being deported themselves. Republican National Committee Press Secretary Mandi Merritt said in a statement to Reuters.

However, Roberta Jacobson, who works in the White House, said many people may now be trying to get into the US after Biden took office. Mayorkas said exceptions are being made for adults with "certain acute vulnerabilities" that he did not specify or for families when Mexican authorities don't have capacity in shelters to accept them. She also noted that people who smuggle migrants into the US may have been giving people false information.

Some progressive Democrats and others, meanwhile, have assailed the Biden administration for holding migrant children in U.S. Customs and Border Protection detention facilities longer than the allowed 72 hours as it struggles to find space in shelters run by the Department of Health and Human Services.

And conditions in the Latin American countries have continued to deteriorate.

The number of children trying to cross the border without adults increased by 60 percent from January to February.

The Biden administration mobilized FEMA on Saturday to help cope with a deepening crisis along the U.S. -Mexico border, where the number of families and minors arriving without their parents has soared since the president took office.

The February survey found 50 per cent of independents opposed allowing more asylum seekers into the country, while 34% supported doing so. The last time the number was that high was in June 2019. A Honduran native, Ms. Aguilar is hoping to enter the USA and claim asylum along with her husband, two sons and nephew.

Diego Piña Lopez, program manager at Casa Alitas, a shelter for migrants in Tucson operated by Catholic Community Services of Southern Arizona, said that, for now, the facility is not feeling "overwhelmed". It is also working with the Central American countries of Honduras, Guatemala and El Salvador to make more shelters available south of the US border and slow down the number of people who want to come north.

"The security of our nation and our border is first and foremost the responsibility of our president", McCarthy said, describing the current migrant influx as "a Biden border crisis". Producing stories on everything from political scandals to the hottest new bands, with gutsy reporting, stylish writing, and staffers who've won everything from the Society of Professional Journalists' Sigma Delta Chi feature-writing award to the Casey Medal for Meritorious Journalism.

Major European Nations Suspend Use of AstraZeneca Vaccine
Chief Health Officer Paul Kelly has moved to ease concerns, stating there is no need for such action in Australia. The World Health Organization (WHO) has said there is no proven link and that people should not panic.
Tuesday, March 16, 2021

France to suspend AstraZeneca COVID vaccine pending EMA guidance
On the issue of side-effects, Prof Harnden said women were more likely to get them from the Oxford/AstraZeneca jab than were men. According to experts, the AstraZeneca vaccine is created to prevent the coronavirus in people aged 18 and older.
Monday, March 15, 2021