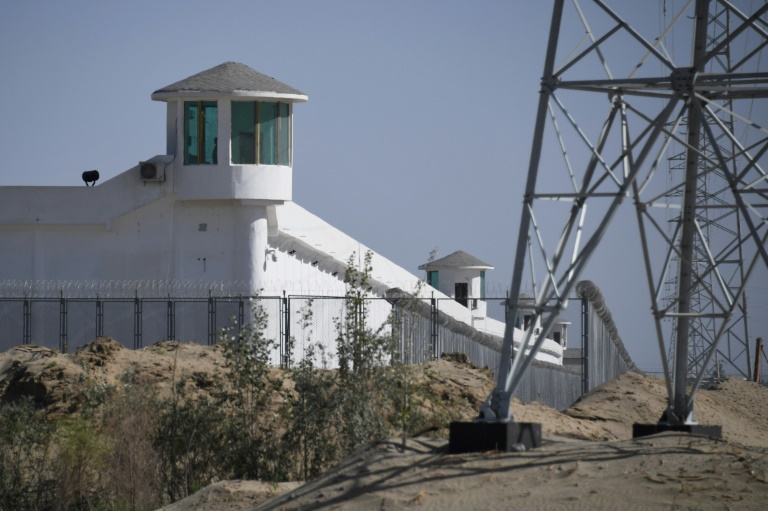 A similar statement from Nike was also attracting criticism on Wednesday, a sign that Western clothing manufacturers could face growing hostility in China for their public stances against forced labor in Xinjiang and for halting cotton sourcing from the region.

It's unclear why the H&M statement on Xinjiang from a year ago resurfaced and whether the Chinese internet giants received government orders to delist H&M's online stores and offline information.

In it, H&M said that it was "deeply concerned by reports from civil society organizations and media that include accusations of forced labor and discrimination of ethno-religious minorities" in Xinjiang and that it had stopped buying cotton from growers in the region.

On Thursday celebrities, tech brands, and state media -- aided by outrage on China's social media -- piled in on several global fashion brands, as China's vast consumer market was mobilised against critics of Beijing.

The protests against Western brands began yesterday with a post on Weibo, China's best-known microblogging platform, by the Communist Youth League.

The development comes a week after Britain, the European Union, and the United States imposed sanctions on officials in Xinjiang over their role in alleged human rights abuses.

But the situation in Xinjiang, where more than a million people, majority from predominantly Muslim ethnic groups, have been confined to work camps, according to foreign researchers and governments, has prompted vocal condemnation from the West.

Nike could be next.

Nike, the world's largest producer of sports apparel, posted an announcement on its website saying it is concerned about such reports.

"Nike does not source products" from the region, and "we have confirmed with our contract suppliers that they are not using textiles or spun yarn from the region".

Nike has also come under attack this week for shifting its supply chain away from Xinjiang. Some users were furious that Nike had joined the boycott of cotton from the region. Otherwise, China will resolutely make further reactions, said the statement.

On Thursday morning, a search for "H&M" yielded zero results on e-commerce platforms including Alibaba's Taobao, JD.com and Pinduoduo, Meituan's shop-listing app Dianping, map apps from Tencent and Baidu, among other major online platforms in China.

The sportswear giant is not the only company that has caused a backlash in the country.

"China is firmly determined to safeguard its national sovereignty, security and development interests, and warns the United Kingdom side not to go further down the wrong path", the Chinese ministry said.

H&M's 2019 China sales were $1.4 billion according to its latest figures, and it has more than 500 stores in the country.

State broadcaster CCTV criticized H&M, and said it was "a miscalculation to try to play a righteous hero". CCTV said H&M will "pay a heavy price for its wrong actions".