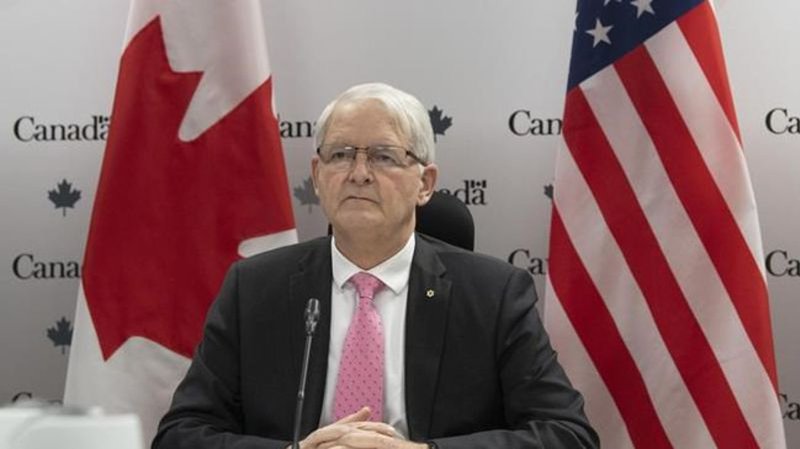 The U.S., the U.K. and Canada "are united in our deep and ongoing concern regarding China's human rights violations and abuses in Xinjiang", the three countries' foreign ministers said in a statement. China's extensive program of repression includes severe restrictions on religious freedoms, the use of forced labour, mass detention in internment camps, forced sterilisations, and the concerted destruction of Uyghur heritage.

"We remain deeply concerned by the egregious human rights violations that are taking place in Xinjiang at the hands of the Chinese state", said Foreign Affairs Minister Marc Garneau in a news release.

At the U.N. Human Rights Council in February, the United Kingdom foreign secretary said rights violations in Xinjiang are "beyond the pale" and "taking place on an industrial scale".

U.S. Secretary of State Antony Blinken said in a statement that "a united transatlantic response sends a strong signal to those who violate or abuse global human rights, and we will take further actions in co-ordination with likeminded partners, ". It has denied allegations of human rights abuses.

The four are senior officials in the northwest region of Xinjiang.

Xinjiang had been a hotbed of anti-government violence, but Beijing claims its massive security crackdown has brought peace in recent years.

China's foreign ministry says all relevant personnel and their family members will be prohibited from entering mainland China, as well as the Special Administrative Regions of Hong Kong and Macao, adding that their affiliated companies and institutions have also been restricted from communicating with China. China has said companies and individuals have petitioned to sue Zenz, but it wasn't clear who the plaintiffs were or how they would pursue legal action across borders. The German Green politician Reinhard Bütikofer, an active voice in the Inter-Parliamentary Alliance on China (IPAC), a group that attempts to reform the approach of democratic countries to China, was among five MEPs sanctioned.

Last week, China's ambassador to the European Union warned the bloc not to interfere in its national security affairs, saying sanctions could fuel a confrontation.

Unlike the United States, the European Union has sought to avoid confrontation with Beijing, but a decision to impose the first significant sanctions since an European Union arms embargo in 1989 has inflamed tensions.

"I think it's clear that by acting with our partners - 30 of us in total - we are sending the clearest message to the Chinese government, that the global community will not turn a blind eye to such serious and systematic violations of basic human rights and that we will act in concert to hold those responsible to account", he told fellow parliamentarians.

Those targeted in Libya were Mohammed Khalifa al-Kani, leader of Libya's notorious al-Kaniyat militia, and his brother Abderrahim al-Kani, a member of the same militia.

COVID-19: 622 new cases and eight additional deaths
In Louisiana, health officials give updated totals of wasted doses to reporters at the governor's weekly COVID-19 briefing. The official spoke on condition of anonymity because he wasn't officially authorised to release the information.
Friday, March 19, 2021