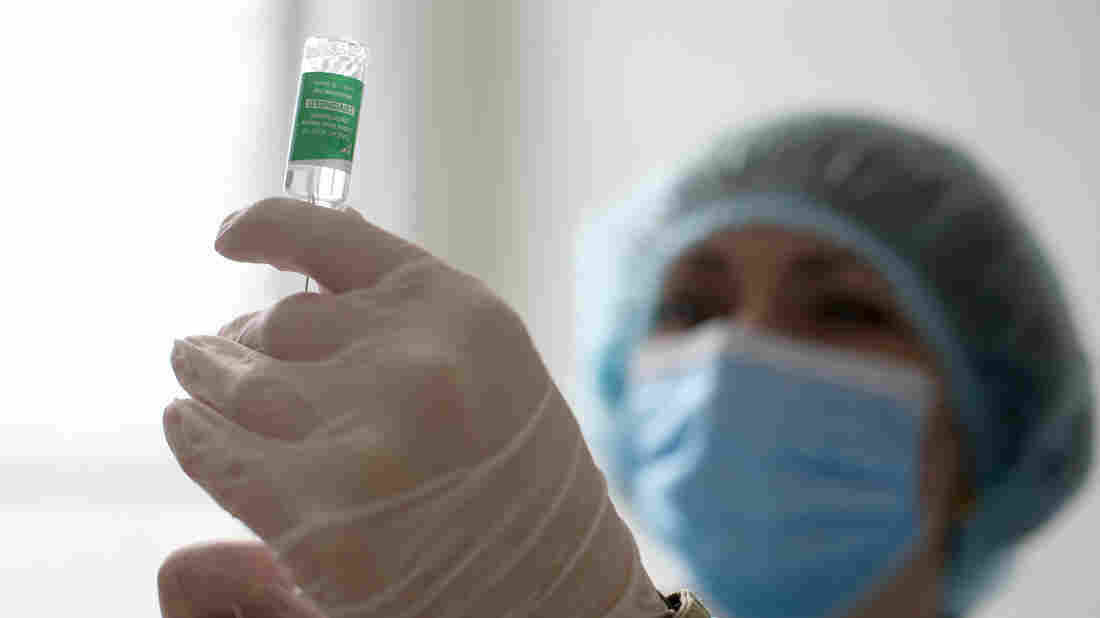 "It is therefore normal for us to ask that these doses be delivered as planned to Europeans", the source added.

This weekend, the European Commission President Ursula von der Leyen said that the EU could use its power to "forbid" exports of the Oxford-AstraZeneca vaccine to the UK.

The European Union has been criticised for the slow pace of coronavirus vaccinations, with less than 12 percent of the population reported to have received the vaccine, compared with almost 40 percent in the UK.

"AstraZeneca has to deliver doses to its European Union customers".

"Not only have we seen considerable rises in those who consider it unsafe in the last two weeks in Europe, the AstraZeneca vaccine continues to be seen as substantially less safe than its Pfizer and Moderna counterparts", lead data journalist at YouGov Matt Smith said in a statement.

European leaders have faced criticism for the slow pace of the vaccine rollout on the continent with less than 12% of the EU's population reported to have received the vaccine, compared with almost 40% in the UK.

A Dutch pharmaceuticals maker in Leiden appears to be at the centre of a British media storm about the EU's role in vaccine supplies, even though it is unclear if the plant is licenced to produce the coronavirus jab for mainland Europe. "That's the message to AstraZeneca: you fulfil your contract with Europe first before you start delivering to other countries", the European Union chief was quoted as saying in an interview with Germany's Funke media group.

The EU has so far blocked one shipment of vaccines to Australia.

She added that "vaccine nationalism" does not "do anybody any good".

The development, which was briefed to outlets including Bloomberg on Sunday came amid threats of retaliation and anger in London over what officials see as reckless comments by some European leaders about the reliability of the vaccine.

"What matters is for all countries to be getting on and deploying and vaccinating their population".

AstraZeneca said an independent safety committee conducted a specific review of the blood clots in the USA trial, as well as cerebral venous sinus thrombosis (CVST), which is an extremely rare blood clot in the brain, with the help of an independent neurologist.

"The EU has been exporting vaccines in support of global cooperation. I don't think this is a helpful line to go down".

However, its usage has been overshadowed by several problems, including a slow start, recurring delivery problems and a temporary ban for several days earlier this week in numerous bloc's member countries after reports of blood clots in some recipients of the vaccine.

"We are supplying the United Kingdom with other vaccines, so I think this is just about openness and transparency".

Meanwhile, EU Commissioner Mairead McGuinness has urged all sides to "calm down" as no decisions have been taken on a ban as of now.

"The grown-up thing would be for the European Commission and some of the European leaders to not indulge in rhetoric but to recognise the obligations that we all have", he told The Andrew Marr Show.

Ontario adds over 1700 new COVID-19 cases
Previously, indoor seating limits had been restricted to 10 patrons across the board, which angered many restaurant operators. Lawrence Loh, echoing de Villa's concerns that current numbers make moving the region into the red zone risky at this time.
Monday, March 22, 2021

China says it will discuss climate, other issues with US
But the new president's overall tone toward Beijing, while still tough, is less belligerent than his predecessor's. The Chinese responded by saying that the United States is inciting other nations to attack their country.
Monday, March 22, 2021

Ontario on its way to administering 150000 COVID-19 vaccines per day
The province's top doctor said Monday that Ontario could be going into a third wave but the extent of it remains to be seen. The province is reporting 10,291 cases where a mutation has been detected but the exact lineage can not be determined.
Friday, March 19, 2021