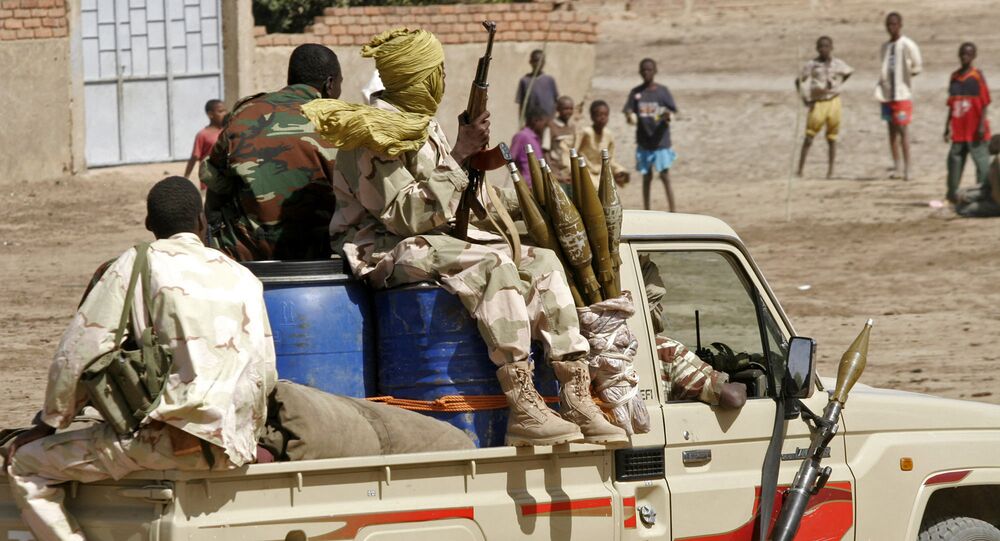 President Idriss Deby Itno has been re-elected to a sixth term.

The transitional period in Chad, which was imposed after the death of President Idriss Deby, will last for 18 months, the military council said on Tuesday, also announcing the closure of land and air borders.

Chad's President Idriss Deby has died while visiting troops on the front line of a fight against northern rebels, the army said on Tuesday, the day after Deby was declared the victor of a presidential election.

Most of Deby's main opponents boycotted the latest election, whose lead-up was marred by deadly clashes between opposition supporters and security forces.

The rebel group Front for Change and Concord in Chad (FACT), based in Chad's northern neighbor Libya, has made inroads south since it attacked a border post on election day and called for an end to President Idriss Deby's 30-year rule.

The tanks were later withdrawn apart from a perimeter around the president's office, which is under heavy security during normal times.

"Five days ago, the government was talking about terrorists in the Faya area, but today we are told that the rebels are in the Mao area", said high school teacher Jean Djimasde, suggesting that the rebels appear to have moved closer to the capital.

On Friday, the US embassy in Chad ordered the departure of non-emergency USA government employees, citing the rebels' advance and possibility of violence in the city.

France's embassy said in an advisory to its nationals in Chad that the deployment was a precaution and there was no specific threat to the capital.

In a statement released on Sunday, the FACT claimed that it has proceeded on Saturday with the "liberation" of Kanem. Such claims in remote desert combat zones are hard to verify.

The group has a non-aggression pact with Khalifa Haftar, a military strongman who controls much of Libya's east.

In the west, in the region of Lake Chad, the army has been fighting the Nigerian militant group Boko Haram - which is allied to the Daesh terror group - since 2015.

In 2013, he deployed 2,000 troops to northern Mali to participate in a French-led mission to push back al Qaeda-linked fighters, making Chad the only African country to quickly deploy an effective fighting force.

Ex-Texas deputy wanted in deaths of 3 is arrested
Broderick's wife filed for divorce and a protective order after his arrest, the Statesman first reported , citing court documents. Austin police and fire are responding to the scene of the shooting in the 9600 block of Great Hills Trail.
Monday, April 19, 2021

Salisbury poisoning agents 'linked to Czech blast'
The dramatic accusations have nearly instantly threatened to destabilize the relationship between Russian Federation and the Czech Republic, which broke away from the Soviet Union in 1989.
Sunday, April 18, 2021