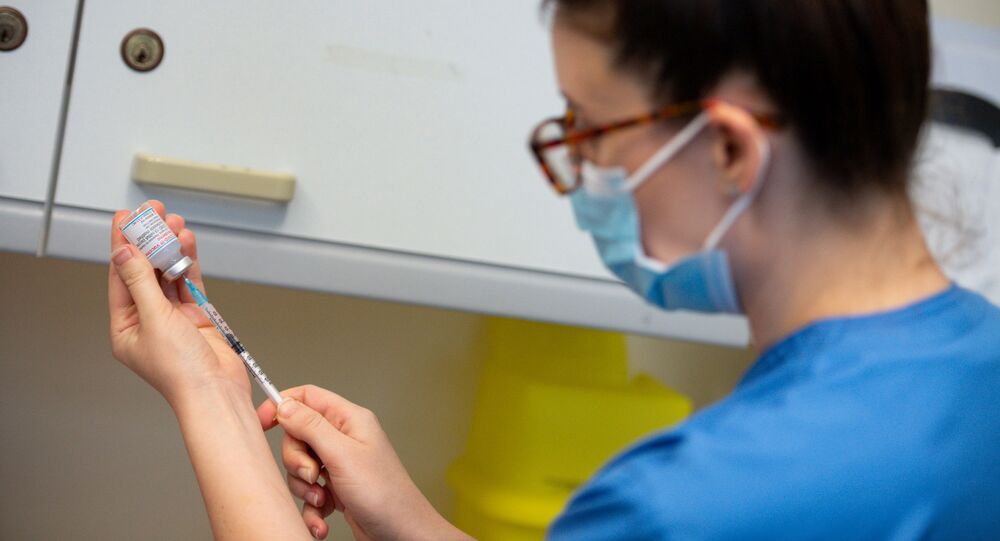 The Oxford research will be conducted in two phases. Challenge trials, involving deliberate, supervised infections, are seen as particularly helpful for answering questions like these, because they allow scientists to scrutinize the details of how the body confronts the virus and vice versa.

In the United Kingdom, similar research involving 90 people of the same age group is ongoing at the moment, in which volunteers are infected with the coronavirus in order to test vaccines and treatments on them.

Researchers at the University of Oxford have launched what is known as a "human challenge" trial to look at what happens when someone who has recovered from Covid-19 infection is then re-exposed to the virus.

Britain marked the first country worldwide to greenlight "challenge trials" in February, Reuters reports, which generally involves "a carefully controlled study that involves purposefully infecting a subject with a pathogen or bug, in order to study the effects of that infection", per a related university release posted Monday. A recent study indicated that as much as 10% of previously infected young adults were reinfected, underscoring the need for effective vaccines to prevent spread, and Pfizer Inc's chief executive officer has said that booster shots may be needed to maintain the immunity provided by the initial two doses of the company's shot.

British scientists have launched a trial which will deliberately expose participants who have already had COVID-19 to the virus again to examine immune responses.

"We will then infect them with the dose of virus chosen from the first study and measure how much virus we can detect after infection", McShane said.

"Second, we will measure the immune response at several time points after infection so we can understand what immune response is generated by the virus", she added. A second phase, starting in the summer, will infect different volunteers with that standard dose.

The virus used in the study will be the original strain from Wuhan, China.

"Our new Antivirals Taskforce will seek to develop innovative treatments you can take at home to stop COVID-19 in its tracks", Johnson said.

The participants will be quarantined for 17 days under and cared for by the research team at a hospital until they are no longer at risk of infecting others.

"This study has the potential to transform our understanding by providing high-quality data on how our immune system responds to a second infection with this virus", said Shobana Balasingam, Vaccines Senior Research Advisor at Wellcome Trust, the funders behind the trial.

They will be discharged only when they are no longer contagious.

The full length of the study will be 12 months, which will include eight follow-up appointments after discharge.

Meanwhile, critics of the human challenge trials have pointed out the ethical dangers of infecting people without being sure of its long-term consequences.

For the first time since September the latest figures showed fewer than 2,000 Covid-19 patients in hospital.

India added to UK's travel 'red list' amid concerns about Covid variant
Johnson said the U.K.'s independent Health Security Agency would decide whether to place India on the red list . It comes just days before Boris Johnson is due to visit the country as part of his post-Brexit trade drive.
Tuesday, April 20, 2021