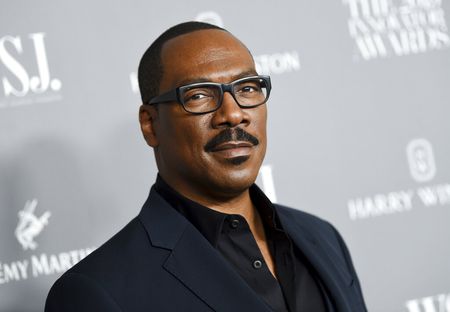 Amazon Studios recently announced that they have acquired the release rights to the upcoming Eddie Murphy-helmed comedy Coming 2 America. Originally scheduled for a December 18, 2020 release, the Eddie Murphy-led film will now be available for streaming on Friday, March 5, 2021, exclusively on Amazon Prime Video.

"'Coming to America' was a cultural phenomenon that is one of the most loved and celebrated comedies of all time", said Jennifer Salke, head of Amazon Studios.

She continued, "Thanks to Eddie Murphy's comedic genius along with the brilliant filmmakers, writers and fabulous cast, we couldn't be more excited to celebrate this new adventure".

The 1988 comedy about an African prince who moves to the U.S. in disguise as a poor foreign student to find real love was a huge hit at a time when Murphy was at the top of his movie career. Joining this star-studded ensemble are Wesley Snipes, Leslie Jones, Tracy Morgan, Jermaine Fowler, Bella Murphy, Rotimi, KiKi Layne, Nomzamo Mbatha and Teyana Taylor, making Coming 2 America the most anticipated comedy film of the year.

Producer Kevin Misher added, "What could be better than a return to Zamunda?".

Both actors are expected to reprise their roles in the sequel movie, alongside James Earl Jones, Jon Amos, Shari Headley, and Louie Anderson. The story in this Amazon Prime original, developed by Murphy, will follow Prince Akeem, "now set to become king, discovering he has a son he never knew about, a street-savvy Queens native named Lavelle".

Starring Eddie Murphy and Arsenio Hall, the 1988 original movie saw the two young men journey from the royal country of Zamunda to the far off, distant neighbourhood of Queens, New York. At the end of "Coming to America", young Prince Akeem and his new wife Lisa set off into the "happily ever after".

The original was directed by veteran John Landis, but at the helm this time is Dolemite is my Name and Empire director Craig Brewer - who was just 16 years old when the first film was released.

The production was a smash hit, grossing $350 million worldwide on a budget of $36 million.

Huge Puerto Rico radio telescope to close in blow to science
The observatory was damaged by Hurricane Maria in 2017 and was affected by earthquakes in 2019 and 2020. The release states the goal is to keep as many parts intact for future reuse.
Saturday, November 21, 2020

Sixers snag Seth Curry from Mavericks for Josh Richardson, pick
Their big move so far has been sending out big man Al Horford and picks for Danny Green and Terrance Ferguson. Burke finished last season with the Mavericks after he was waived in February by the Philadelphia 76ers .
Saturday, November 21, 2020