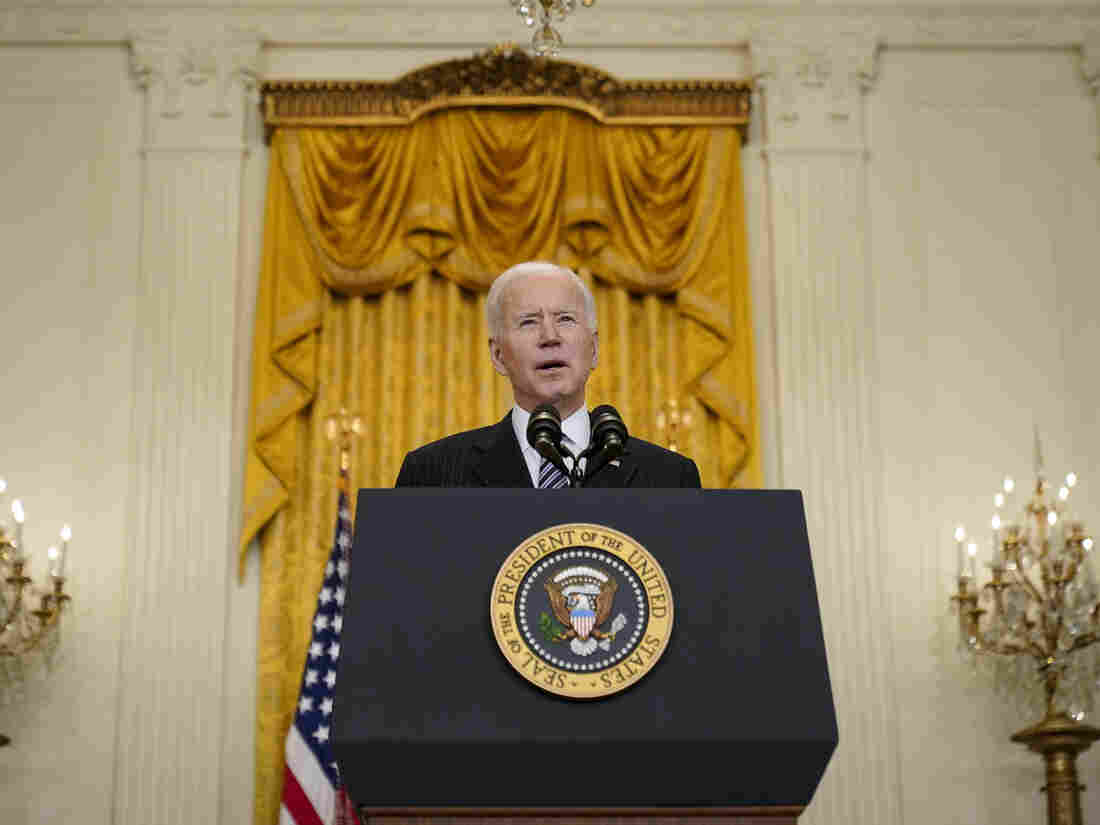 Dr. Marty Makary predicts coronavirus will be mostly gone by April as a result of vaccinations and herd immunity.

US President Joe Biden announced Thursday that his administration will meet its goal of administering 100 million vaccine shots in 100 days well ahead of schedule. In an update provided Thursday, Biden said that while the number is encouraging, the country still has much work to do before it can declare victory against the virus.

Biden said that 100 million vaccines was "just the floor" and he would announce a new goal next week.

"We're going to beat this, we're way ahead of schedule, but we've got a long way to go", he said.

"Tomorrow, we will hit 100 million doses our administration has administered", Biden said.

He said he would announce his next vaccination goal next week. He said reaching this level is key as "this is the population that represents 80% of the well over 500,000 COVID-19 deaths in America". In the final days of then-President Donald Trump's administration, almost 1 million shots were being administered per day, the daily average Biden needed to hit in order to meet his goal.

As of Wednesday, the United States had administered more than 96 million shots since Biden was sworn into office, with an average of almost 2.5 million injections per day this past week, according to data compiled by NBC News.

Still, as states rollback mask mandates and begin to loosen restrictions, he cautioned against letting up too quickly.

Biden said that as of Thursday, 65 percent of people age 65 or older had received at least one shot and 36 percent have been fully vaccinated.

In a Monday White House event on coronavirus relief, Biden stammered, "So I urge - I urge all local docs and - and ministers and priests and every - to talk about why - why it's important to get it - to get that vaccine, and even after that, until everyone is in fact vaccinated, to wear this mask".

The president said it's not a time for Americans to let their guard down regarding the virus.

Suspect in Georgia spa shootings charged with murder of eight

8 killed in 3 shootings at Atlanta-area massage parlor, spas
Cherokee County and Atlanta investigators are talking to each other, but neither has confirmed shootings are related. Two people were pronounced dead at the scene and three were transported to a hospital, where two died, Baker said.
Wednesday, March 17, 2021

Fauci calls on Trump to push Republicans to get their Covid jabs
But the lawmakers' pitches largely fell flat, and in some cases, the politically tinged rhetoric seemed to inspire more doubts. This is a vaccine that is going to be lifesaving for millions of people", he said on NBC's "Meet the Press ".
Tuesday, March 16, 2021